Dave begins comedy campaign on TikTok | Social TV | News | Rapid TV News
By continuing to use this site you consent to the use of cookies on your device as described in our privacy policy unless you have disabled them. You can change your cookie settings at any time but parts of our site will not function correctly without them. [Close]

Exemplifying the growth of the rapidly growing platform used mainly by younger audiences, UKTV comedy channel Dave has launched a TikTok account and partnered with influencer marketing agency Fanbytes to deliver its first campaign on the mobile video service. 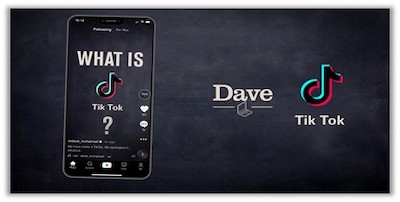 The partnership will see Fanbytes will work with its network of influencers to create a content challenge for the launch of Hypothetical, Dave’s panel show hosted by James Acaster and Josh Widdicombe where comedians are posed absurd hypothetical situations and scored on how well they would deal with them.

The TikTok campaign will part of an extensive marketing, PR and social campaign to launch Hypothetical, which includes TV and broadcaster VOD alongside AV digital activity on YouTube and Twitch.

Commenting on what the relationship will entail, UKTV chief marketing and innovation officer (CMIO) Simon Michaelides said: “The rapid growth of TikTok with its engaged community of creators is perfect for Dave to both connect to audiences and work with up and coming comedy influencers. We’re excited to partner with Fanbytes and look forward to bringing Dave’s unique brand of comedy to life on TikTok. Dave has seen phenomenal growth on social, successfully building a loyal and engaged following of young adults. TikTok represents an exciting opportunity to increase Dave’s reach even further and to innovate creatively in short form content.”

Added Fanbytes CEO, Timothy Armoo: “Dave has constantly been a symbol of innovative advertising - whether it's their print ads or irreverent tube advertising! It's an honour to help them dominate TikTok and supercharge their innovation and growth on a platform so many other brands are slow to engage with.”
Tweet