Season two premiere of Mira Quién Baila All Stars quicksteps to hit ratings | Ratings/Measurement | News | Rapid TV News
By continuing to use this site you consent to the use of cookies on your device as described in our privacy policy unless you have disabled them. You can change your cookie settings at any time but parts of our site will not function correctly without them. [Close]

Univision’s megahit dance competition Mira Quién Baila All Stars has hit the floor with a vengeance and reached over four million total viewers aged over two in the US for its two-hour season two premiere on 12 January. 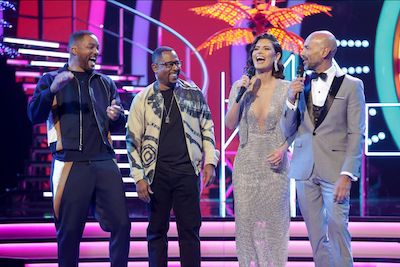 Airing from 8-10 p.m. ET/PT, Univision says that the programme — featuring special appearances by global superstar Pitbull and the stars of Bad Boys for Life, Will Smith and Martin Lawrence —averaged 1.9 million total viewers 2+, 729,000 adults 18-49 and 316,000 adults 18-34, positioning Univision ahead of ABC and NBC among adults 18-49, while beating ABC, CBS, and NBC with adults 18-34 in the time period.

Compared with its season one premiere airing, the show also attracted more total viewers 2+, (up 2%), Adults 18-49 (+6%) and adults 18-34 (+13%). It also ranked as the highest-rated reality series premiere on Spanish-language television in 2019-2020 among all viewers over two years of age and 18-49 adults as well as being the second highest-rated programme with adults 18-34.

As well as being the fourth most-watched programme on US broadcast television at transmission, the dance competition series also increased its audience in the last hour compared to the first hour among total viewers 2+ (+6%), adults 18-49 (+9%) and adults 18-34 (+17%).