Fremantle announces new head of scripted development for Latin America | Major Businesses | Business
By continuing to use this site you consent to the use of cookies on your device as described in our privacy policy unless you have disabled them. You can change your cookie settings at any time but parts of our site will not function correctly without them. [Close]

As part of its strategy to expand its scripted footprint in the region and help drive an ambition forward to produce more ‘bold’ local drama, Fremantle has appointed Manuel Martí to the newly created position of head of scripted development, Latin America. 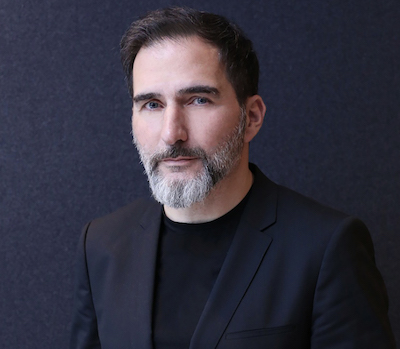 An experienced and creative development executive with a strong cultural understanding of the region, Martí was formerly head of development and international business at Polka, one of Latin America’s leading scripted production companies. Before his role at Polka, Martí spent eight years at Turner International working as the LatAm region's original production director.

Based in Mexico City in his new role, Martí will report to Coty Cagliolo, Fremantle’s head of production, Latin America, and will be responsible for developing Fremantle’s drama slate in the region, securing and delivering commissions and ultimately building Fremantle’s scripted business in Latin America.

“It’s a privilege to join a company like Fremantle at such an evolutionary moment in our industry,” Martí (pictured) remarked. “Latin-American storytelling has a unique voice and a bourgeoning track record which, with a content powerhouse like Fremantle behind it, will thrive even further.”

The move comes as Fremantle grows its company activity in Latin America with investments and partnerships in the region. The producer recently acquired a 25% stake in The Immigrant, the independent production company owned by Camila Jimenez-Villa and Silvana Aguirre, secured a partnership with unscripted Brazilian prodco Mixer Films and hold a first-look deal with Oscar award-winning Fabula, with whom Fremantle co-produced La Jauria.