BBC iPlayer rings in New Year with best-ever festive fortnight | Ratings/Measurement | News | Rapid TV News
By continuing to use this site you consent to the use of cookies on your device as described in our privacy policy unless you have disabled them. You can change your cookie settings at any time but parts of our site will not function correctly without them. [Close]

A crop of Christmas specials and new programmes helped BBC iPlayer to its best festive fortnight ever from 20 December to 2 January with 203 million requests to stream or download programmes. 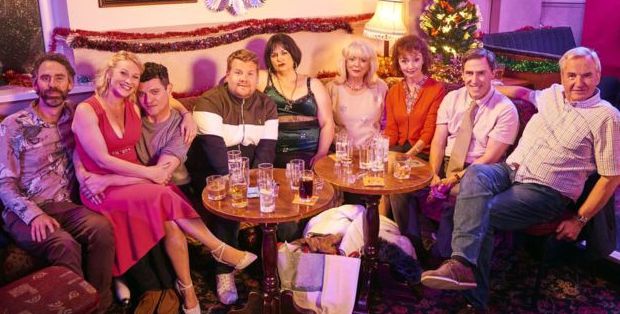 As well as being the on-demand, live TV and catch-up service’s largest audience on record, the figures were up by over a third on the same period last year. New Year’s Day was BBC iPlayer’s best-ever day with 17.9 million requests, also up by well over a third on 1 January 2019, as viewers flocked to original drama Dracula and the return of Doctor Who to UK screens. Christmas week also saw a record 10.7 million BBC account holders sign in to watch programmes on iPlayer, with a record 3.6 million aged under 35.

The return on Christmas Day of comedy Gavin & Stacey after a ten-year hiatus was the holiday period’s top episode, with 4.6 million requests. The programme’s three previous original series also performed well over Christmas, with the iPlayer drawing 6.8 million viewers. The BBC’s flagship and long-running soap opera EastEnders dominated the iPlayer top 20 over the holidays making up 9 of the top 20 episodes on iPlayer. There were in all 15.6 million requests for EastEnders over the fortnight, with the Christmas Day episode generating 2.2 million requests.

“It was a cracking Christmas for BBC iPlayer with more people than ever enjoying a huge range of great shows, said Dan McGolpin, controller of iPlayer and programming at the BBC. “The Gavin & Stacey Christmas Special was the icing on the cake, generating a ground-breaking number of requests, plus fan favourites... 2019 was iPlayer’s best ever year and 2020 got off to the perfect start with the New Year’s Day Doctor Who and Dracula both helping to deliver the highest number of requests in a single day. Millions of people are enjoying iPlayer’s expanded box-set offer and new series being made available for longer.”

As it made its announcement, the BBC noted that between 20 December 2019 and 2 January 2020, programmes had differing availability within this period. For example programmes such as Dracula, Doctor Who and The Trial Of Christine Keeler were only available at the end of the period and some BBC iPlayer data from the Sky pay-TV platform was not available.