ViacomCBS Networks, Sky extend Italian partnership | Deals | News | Rapid TV News
By continuing to use this site you consent to the use of cookies on your device as described in our privacy policy unless you have disabled them. You can change your cookie settings at any time but parts of our site will not function correctly without them. [Close]

In the latest of a series of partnership deals struck by the recently formed media giant, ViacomCBS Networks and Sky Italia have announced a new multi-year deal to extend their collaboration in the country. 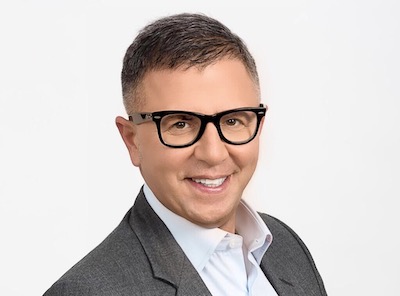 The new long-term deal includes the expansion of ViacomCBS Networks Italy’s portfolio on Sky platforms and a new commercial deal. The agreement will see Italian viewers of Paramount Network, Spike and VH able to watch these channels on Sky, bringing the number of ViacomCBS brands available on Sky platforms in the country to 12, including local versions of MTV, Nickelodeon, Nick Jr, Comedy Central and Italian kids’ channel Super!.

ViacomCBS and Sky Media also agreed a commercial deal in which ViacomCBS channels and digital advertising in Italy will be entirely sold by Sky Media effective from 2 February 2020. The agreements build on a long-standing and what is said to be successful relationship between ViacomCBS and Sky across Europe, with Sky distributing and selling advertising across ViacomCBS’ portfolio of channels in the UK for the past decade.

“With Sky as our main distributor and ad sales partner, we can sustain our strong position in the Italian market in the long-term and deliver additional benefits for our viewers and advertisers, including content synergies and wider distribution across multiple platforms,” said Raffaele Annecchino, president, ViacomCBS Networks Southern & Western Europe, Middle East and Africa (pictured).

“Our new commercial agreement with Sky Media represents an opportunity to effectively support our business and brands over the next years in Italy, which remains one of the most important and valuable markets in which we operate.”

Giovanni Ciarlariello, chief media digital and data officer of Sky Italia added: “This strengthened deal with ViacomCBS Networks will give even more investment opportunities to our customers and confirms Sky Media’s role as a key player in the market as well as the high quality of its innovative services.”