Channel 5 family achieves 2019 adult share of viewing growth | Ratings/Measurement | News | Rapid TV News
By continuing to use this site you consent to the use of cookies on your device as described in our privacy policy unless you have disabled them. You can change your cookie settings at any time but parts of our site will not function correctly without them. [Close]

After what many predicted would be a challenging year, the first without flagship reality show Big Brother, UK broadcaster Channel 5 has revealed steady growth throughout 2019. 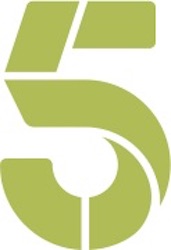 Indeed, according to BARB traffic stats released by the ViacomCBS-owned broadcaster, the main Channel 5 UK network was the only public service broadcast channel channel to grow ABC1 share in 2019, growing its share of viewing by 3%, and achieved 4% growth in share of viewing amongst adult audiences across its entire free-to-air portfolio. This represented the network’s best year for upmarket viewers since 2014.

During 2019, Channel 5 increased the number of new programmes it aired by a third, re-allocating budget previously committed to Big Brother to fund a move into drama and invest in a diversified factual slate.

Specialist factual series also proved popular with Channel 5 viewers, including The Thames: Britain’s Great River with Tony Robinson, which was watched by a peak audience of 1.6m and attracted a 7.8% share. Returning hit series Our Yorkshire Farm and Ben Fogle: New Lives In The Wild appealed to a high of 2.5 million (11.4% share) and 1.9 million (7.6% share) viewers respectively.

Factual consumer series brought in some of the biggest audiences for Channel 5 in 2019, including Inside Aldi: Britain’s Biggest Supermarket, which was watched by an average 2.5 million viewers, with an 11.2% share. Sport also made an impact, with The Ashes cricket highlights bringing in 2.5 million viewers (17% share).

Revenge drama series, Cold Call, starring Sally Lindsay, drew the channel’s highest average viewing figures across the year, with 2.6 million viewers and a 9.9% share when it launched in November 2019. Drama also helped to drive on-demand success for Channel 5’s VOD service, My5. Cold Call was the top performing series in 2019 on the platform, with 1.5 million views, and delivered the single most watched episode in My5’s history.

Commenting on the impressive ratings, ViacomCBS Networks UK director of programmes Ben Frow said: “It is no easy feat to have reinvented our peak schedule without a reality juggernaut like Big Brother, and to have grown audience in the process is quite an achievement. It is a huge testament to the tenacity of our team and the fact that we know what our viewers want. This is an exciting new era for Channel 5 and in particular we’ll be ramping up our drama slate in 2020.”