Nearly two-thirds of Indonesians have accessed piracy sites | Security | News | Rapid TV News
By continuing to use this site you consent to the use of cookies on your device as described in our privacy policy unless you have disabled them. You can change your cookie settings at any time but parts of our site will not function correctly without them. [Close]

A new study of the online content viewing behaviour of Indonesian consumers has revealed the alarming finding that 63% of consumers have accessed streaming piracy websites or torrent sites to access premium content without paying any subscription fees. 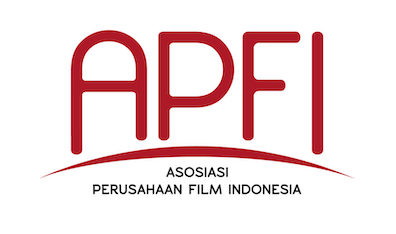 The survey, commissioned by the Asia Video Industry Association’s Coalition Against Piracy (CAP) and conducted by YouGov, also found that 29% of consumers use a TV box, illicit streaming devices (ISDs), pre-loaded with illegal applications, to stream pirated television and video content.

The illegal application indoXXI(Lite) was discovered to be by far the most popular pirate application, used by 35% of ISD users. This application was even more popular amongst the younger demographic with 44% of those aged 18yrs-24yrs admitting to using this illegal service. Of the 63% of consumers who admit to accessing streaming piracy websites or torrent sites, an alarming 62% stated that they had cancelled all or some of their subscription to legal pay-TV services.

To fight back against this rampant and damaging online piracy the Video Coalition of Indonesia (VCI) have been working closely with the ministry of communication and information technology in Indonesia, KOMINFO, to identify and block domains associated with piracy websites and applications. Since July this year, KOMINFO has blocked over 1,000 piracy websites and illegal application domains. Members of the VCI include AVIA’s Coalition Against Piracy (CAP), APFI, APROFI, GPBSI, Emtek Group, MNC Group, Viva Group, Telkom Indonesia, Cinema 21 Group, CGV, Cinemaxx, HOOQ, Rewind, iflix, SuperSoccerTV, Viu and Catchplay.

Commenting on the damaging impact the locally operated piracy websites were having on the Indonesian content industry their industry, Chand Parwez, chairman of Asosiasi Perusahaan Film Indonesia (APFI) said:“APFI are alarmed by the results of the new study...Content theft unarguably hurts the Indonesian creative industry by stealing from its creators. These illegal websites also place users at high risks of exposure to malware. We praise the efforts of KOMINFO and the Video Coalition of Indonesia in fighting this pandemic through identifying and blocking over a thousand piracy websites and domains and will continue to do all that APFI can to support them.”