Killing Eve kills it for the iPlayer in 2019 | Ratings/Measurement | News | Rapid TV News
By continuing to use this site you consent to the use of cookies on your device as described in our privacy policy unless you have disabled them. You can change your cookie settings at any time but parts of our site will not function correctly without them. [Close]

Killing Eve kills it for the iPlayer in 2019

The second season of spy comedy thriller Killing Eve has been lauded throughout the year for its writing by Phoebe Waller-Bridge and acting by Jodie Comer and Sandra Oh, all of which has added up to massive ratings especially for the BBC iPlayer. 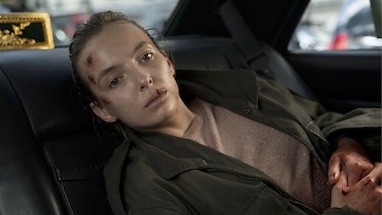 Also massively popular Police thriller Line Of Duty’s fifth series took the second spot, with 27.4 million requests, with cult period crime drama Peaky Blinders’ fifth series just behind it on 26.6 million. Phoebe Waller-Bridge’s other hit show of 2019, Fleabag, also featured n the top ten. Its second and final series was the iPlayer’s biggest comedy of the year, with 20.3 million requests for the series.

Other shows to make the top ten include favourites like Strictly Come Dancing, The Apprentice and MasterChef, as well as tense new drama The Capture, which was the year’s biggest new show.

For individual episodes, Line Of Duty’s return held the top spot with 5.9 million requests, shaving Peaky Blinders with 5.8 million requests so far, and the first episode of Killing Eve’s second series just behind on 5.5m. Killing Eve also made up the majority of the top ten episodes of the year.

In sport, the Wimbledon men’s singles final served the top live episode, with 1.6 million live stream requests, and for music Stormzy’s Glastonbury headline set delivered 1.3 million requests across both live and on-demand streams. The FIFA Women’s World Cup 2019 was another big success on iPlayer with 8.7 million requests across the competition which saw an impressive run to the semi-final by the England women’s football team.

Commenting on the performance, BBC director of content, Charlotte Moore said: "It's been a huge year for BBC iPlayer - as well as record-breaking figures, it's become an entertainment destination in its own right; and with approval for new programmes to be available for a minimum of 12 months, this will deliver real value for licence fee payers. In 2020 we will go even further to make it the best watch ever from binge-worthy series to the biggest live TV moments.”