Cisco unveils next-generation Internet infrastructure | Infrastructure | News | Rapid TV News
By continuing to use this site you consent to the use of cookies on your device as described in our privacy policy unless you have disabled them. You can change your cookie settings at any time but parts of our site will not function correctly without them. [Close]

Networking giant Cisco has unveiled the platform which it says the next generation of the internet will be based and which will support the next decade of online innovation. 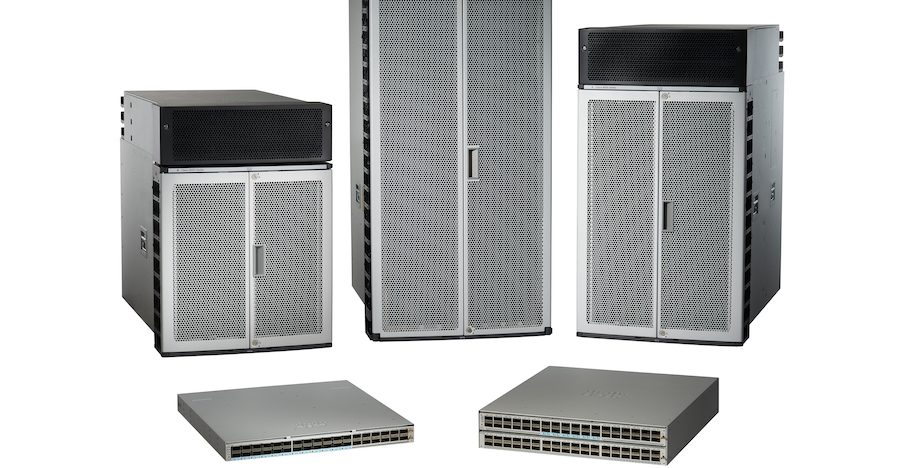 Cisco believes that over the next decade, digital experiences will be created with advanced technologies such as virtual and augmented reality, 16K streaming, AI, 5G 10G and others not yet invented. However the company warns that these future generations of applications will drive complexity beyond the capabilities current internet infrastructure can viably support.

The first products of the new initiative are led by Silicon One — a first-ever single, unified silicon architecture that can serve anywhere in the network and be used in any form factor — and the Cisco 8000 Series, the first routers built with Silicon One and new IOS XR7 operating system which the company says is set to reduce significantly the cost of building and operating web services.

Cisco Silicon One will be the foundation of Cisco’s routing portfolio going forward, with expected near-term performance availability up to 25 Terabits per second (Tbps). This is said to be the industry’s first networking chip designed to be universally adaptable across service provider and web-scale markets. Designed for both fixed and modular platforms, the first Cisco Silicon One ‘Q100’ model surpasses 10 Tbps routing milestone for network bandwidth whilst offering programmability, buffering, power efficiency, scale and feature flexibility.

The new Cisco 8000 series is the first platform built with Cisco Silicon One Q100 and is indeed engineered to help service providers and web-scale companies reduce the costs of building and operating mass-scale networks for the 5G, AI and IOT era. Optimised for 400 Gbps and beyond, its processing starts at 10.8 Tbps in a single rack unit. It is also powered by the new, cloud-enhanced Cisco IOS XR7 networking operating system software to simplify operations and lower operational costs.

Explaining its work in optics, Cisco said that as port rates increase from 100G to 400G and beyond, optics would become an increasingly larger portion of the cost to build and operate internet infrastructure.

Companies that Cisco has been working with on the new technology include AT&T, Century Link, Comcast, Facebook, Microsoft and The Walt Disney Studios.
The latter was especially keen to work with the networking giant and speaking at the launch event, Ben Havey, VP of technology innovation at Disney Studios, said that networking was the river that ran through everything Disney did in terms of distributed works for post-production and special effects, but also for service delivery, in particular Disney+.

He said: “Disney has been working with Cisco in innovation for the last six years. [These] new technologies will change everything. We use AI to look for bad pixels and the most important thing is about connectivity. 5G is so important, and Disney needs to take advantage. The network is critical and we need what Cisco is building. Innovation is the key."