White Spark reaps success with The Antarctica Experience | Programming | News | Rapid TV News
By continuing to use this site you consent to the use of cookies on your device as described in our privacy policy unless you have disabled them. You can change your cookie settings at any time but parts of our site will not function correctly without them. [Close]

Ahead of its international roll-out, Australia’s most successful-ever VR film The Antarctica Experience from factual indie White Spark Pictures has now taken over AU$1.3 million at the box office. 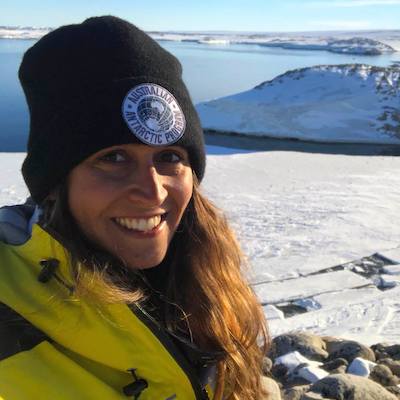 White Spark is generally best-known for the Crime + Investigation UK series Poisonous Liaisons and its collaboration on the 12-part series Impossible Planet. The Antarctica Experience began its international rollout in Buenos Aires and it will continue in New Zealand.

Filmed in 360-degrees and 4K in 2018, The Antarctica Experience is the first VR film from Briege Whitehead, founder and creative director of White Spark Pictures.

It looks to provide a unique opportunity to visit the frozen continent and explore the effects of climate change, as well as see how scientists manage eco-systems, research sustainability and conserve wildlife. Viewers are taken inside a helicopter cockpit and land on a glacier, they explore a penguin colony, and view the spectacular Southern Light.

Commenting on the film, Whitehead said: “There is a lot of talk about how difficult it is to make a good VR film, get it widely seen and make money. However, we have proved with The Antarctica Experience that it can be done. Our film has been seen by almost 80,000 people in Australia so far – and is still showing to packed theatres. By choosing the right subject matter and delivering it to venues in an accessible, flexible and scalable way, all parties are able to see swift returns.”