Fight Sports MAX makes MENA debut with Joshua v Ruiz II | Programming | News | Rapid TV News
By continuing to use this site you consent to the use of cookies on your device as described in our privacy policy unless you have disabled them. You can change your cookie settings at any time but parts of our site will not function correctly without them. [Close]

CSI Sports-owned Fight Sports made its debut as per schedule and in time to show Anthony Joshua take apart Andy Ruiz in their much-anticipated rematch for the heavyweight world championship through the FIGHTSPORTSMAX.tv channel. 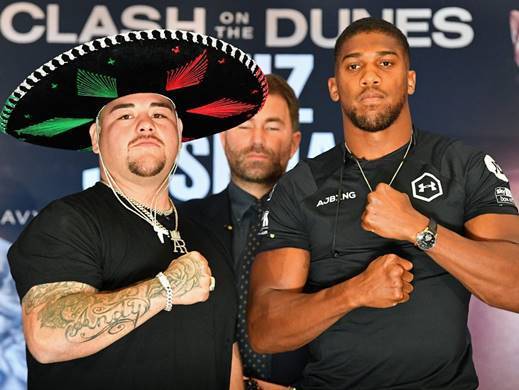 The 24/7 linear channel is dedicated to live events and exclusive original programming in combat sports such as championship boxing, kickboxing, MMA and martial arts. It has now launched its subscription digital service in Middle East/North Africa called Fight Sports MAX.

Fight Sports was the exclusive rights holder of the World Championship Live Event in not only the Middle East but also in multiple countries across Europe, as well as throughout the continent of Africa, where the event was broadcasting on e.tv’s OpenView platform. The station’s app also carried all of the build-up programming to the event including the open workouts, press conferences, and weigh-ins.