Viu delves into the underworld with Black | Programming | News | Rapid TV News
By continuing to use this site you consent to the use of cookies on your device as described in our privacy policy unless you have disabled them. You can change your cookie settings at any time but parts of our site will not function correctly without them. [Close]

Viu delves into the underworld with Black 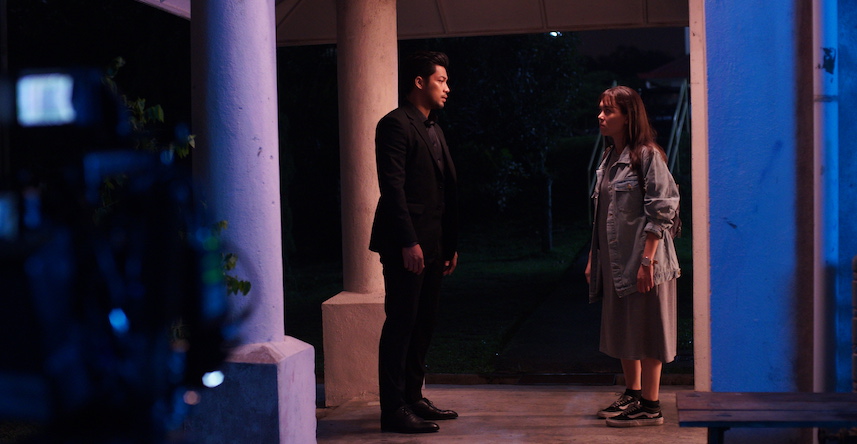 In the original Korean series, Black is a fantasy thriller romance drama that follows a grim reaper who enters the world of mortals and finds himself falling in love with a woman who can foresee death. Slated to air exclusively on Viu, the new eight-episode series stars popular artistes such as Kamal Adli, Siti Saleha, Nabila Huda and Zoey Rahman.

The Malaysian adaptation replaces the concept of grim reaper with Bunian, a supernatural being from another dimension in Malay folklore, and sets Black off on a mission to track down his fugitive partner in the human world. Breaking a cardinal rule of his people, Black inhabits the body of Malik, a deceased police officer and assumes his identity in order to facilitate his investigation.

Produced by Kuala Lumpur-based production company, Alpha47 Films, and co-directed by award-winning directors, Razaisyam Rashid and Kroll Azri, Black will air with four back-to-back episodes on 17 and 24 December 17 and 24.

Viu is confident that the Malaysian remake of the CJ E&M Korean format will be a strong addition to the company’s premium content offering. “Since we began producing our own Viu Original content, we have received overwhelmingly positive feedback from our Viu-ers and the Malaysian industry alike,” said Viu Malaysia general manager Kingsley Warner. “Three of our original dramas out of Malaysia have received outstanding recognition at the recent Asian Academy Creative Awards.”

It will be available for free download exclusively across Viu’s 17 markets spanning Asia, the Middle East and South Africa from the App Store, Google Play and selected smart TVs, as well as on the web at www.viu.com.