Viacom International Studios ramps up Asian formats | Deals | News | Rapid TV News
By continuing to use this site you consent to the use of cookies on your device as described in our privacy policy unless you have disabled them. You can change your cookie settings at any time but parts of our site will not function correctly without them. [Close]

More deals from the studios division of global content provider Viacom as social influencer format The Viral Factory from leading kids’ brand Nickelodeon’s is to be adapted and produced by GMM Thailand for local audiences. 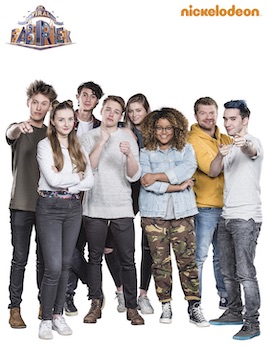 The Viral Factory will be produced by local media company, GMM Thailand for weekly transmission. The Dutch original format which first aired on Nickelodeon in The Netherlands in 2018 under the title, De Viral Fabriek, will feature a roster of local Thai talent and is slated to premiere in 2020.

Originally launched in 2015 on MTV India and now in its fourth season, Love School is a light-hearted competitive reality format in which young couples-in-crisis have the chance to enrol at the Love School in the hopes of improving or saving their relationship. The troubled pairs must take part in assignments, exams, and counselling sessions to work on their issues and ultimately decide if they should stay together.

Adventure challenge format Roadies sees contestants put into teams in order to travel around the country while taking part in physical, mental and culturally relevant challenges in the hopes of being crowned the ultimate Roadie. Now in its sixteenth season on MTV India, Roadies’ popularity amongst young audiences is claimed to have transformed the audition process into a large-scale must-see event. Viacom18 distribution arm Indiacast will continue to sell the finished series of both titles.