The Triplets of Belleville lands on Telewizja Polska | Deals | News | Rapid TV News
By continuing to use this site you consent to the use of cookies on your device as described in our privacy policy unless you have disabled them. You can change your cookie settings at any time but parts of our site will not function correctly without them. [Close]

The Triplets of Belleville lands on Telewizja Polska 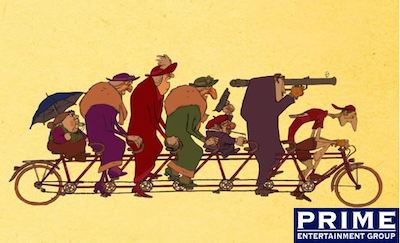 The Triplets of Belleville is said to have a unique style and has attracted nominations and awards, including nominations at Cannes and Annecy film festivals and the Oscars. The new deal marks the latest part of the French producer and distributor’s addition of animation programmes — including both series and feature films — to its catalogue and is the first between the two companies.

Commenting on the deal, Prime head of sales Alexandra Marguerite said: “We are glad to close this first deal with Telewizja Polska and hope to develop our partnership with this great network.

"It is a true satisfaction to see that the recently added animation titles produced by our partners Les Armateurs and Folimage appeal to international audience. Such distinguished titles as Les Triplettes de Belleville contribute to the variety of our growing catalogue and open new exciting opportunities for Prime in Poland.”