all3media signs multiple pre-sales for White House Farm | Deals | News | Rapid TV News
By continuing to use this site you consent to the use of cookies on your device as described in our privacy policy unless you have disabled them. You can change your cookie settings at any time but parts of our site will not function correctly without them. [Close]

Placing the programme to a variety of players including the latest direct-to-consumer offers, all3media international has signed a host of pre-sales for ITV factual drama White House Farm. 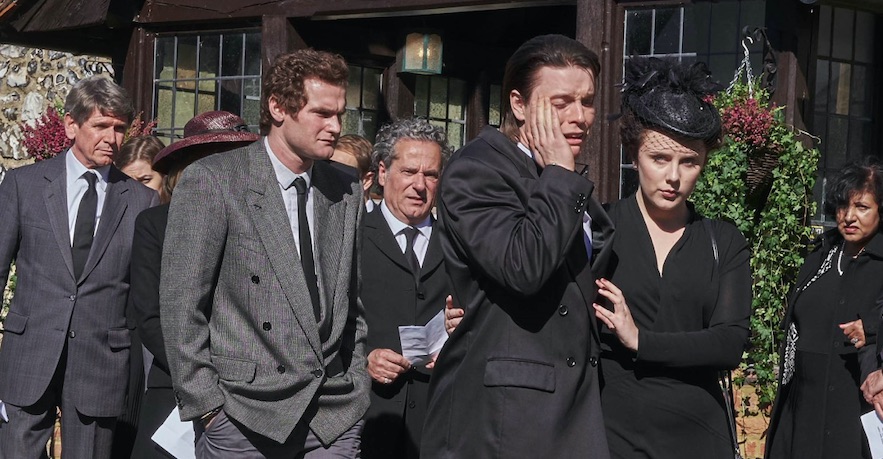 Featuring a star-studded cast such as Freddie Fox, Mark Addy, Stephen Graham and Gemma Whelan, White House Farm tells the story of when in 1985 three generations of one family were murdered at their isolated farm. Initial evidence pointed the finger at the daughter of the family who had a history of mental illness, however one detective refused to accept this and delved deeper into the investigation. His determination uncovered new evidence that shed suspicion on the only surviving member of the immediate family, the son, who was subsequently sentenced to life imprisonment.

The programme is a dramatised true crime story based on extensive research, interviews and published accounts, looking at the mystery behind what happened that fateful day, only made more contentious as the son still protests his innocence to this day.

Produced by New Pictures in association with all3media international, White House Farm will debut on ITV in the UK in 2020. Deals include the acquisition of digital rights in the US by WarnerMedia for streaming service HBO Max and a pan-territory deal has been signed with Canal Plus covering France and French-speaking territories in Europe, Africa and the Caribbean. DirecTV has secured the drama for Latin America.

Sky in New Zealand and BBC Studios in Australia have also picked up White House Farm, and TV deals have been concluded in Europe with DR (Denmark), NPO (Netherlands), VRT (Belgium), and NRK (Norway). Dazzler Media has acquired DVD/Video rights for the UK and Eire.

Commenting on the deals and the programme itself, Louise Pedersen, CEO at all3media international, said: “In White House Farm, Willow Grylls and the New Pictures team have produced a compelling true crime drama that takes an in-depth look at what happened on one fateful night. It focuses on not only the crime itself and the subsequent police investigation but also the devastating emotional impact of the tragedy, all informed by extensive research and interviews with those closest to the case. Crime stories have a global resonance and we are delighted that a number of major international broadcasters including HBO Max and Canal Plus will be airing the series.”