Univision set for November 2019 sweep success | Ratings/Measurement | News | Rapid TV News
By continuing to use this site you consent to the use of cookies on your device as described in our privacy policy unless you have disabled them. You can change your cookie settings at any time but parts of our site will not function correctly without them. [Close]

As the month’s ratings round up comes to a close, Univision is claiming that not only will it be rated among the top five broadcast networks, alongside ABC, CBS, FOX, and NBC, it will be the leading network on Spanish-language US TV in primetime among adults 18-49 and all viewers aged over two. 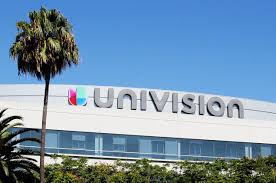 During the November 2019 sweep, Univision is averaging 1.3 million total viewers 2+, 581,000 adults 18-49, and 238,000 adults 18-34 during primetime. With an average median age of 46, Univision says that it is attracting an audience that is 13 years younger than the combined average viewer of English-language broadcast networks - ABC, CBS, NBC, FOX and The CW - in primetime. In fact, Univision claims to be delivering the highest audience concentration of adults 18-34 and adults 18-49 compared with all the English-language broadcast networks during primetime.

Univision is also set to finish as the No. 1 Spanish-language network, outperforming Telemundo in primetime for the 26th time during the November sweep period among adults 18-49 and for the 28thconsecutive November sweep with total viewers 2+.

“We are so proud of the success Univision's primetime line-up continues to see, not only as the top Spanish-language network, but also as a top five broadcaster led by a stirring mix of live events, dramatic series and family-friendly reality programming,” said Jessica Rodriguez, chief marketing officer and president of Entertainment, Univision.

“Driven by bold and compelling programming this sweep, Univision and UniMás have captured the minds and hearts of our audience and placed both broadcast networks among only a handful in the industry to see year-over-year growth in the current broadcast season. We are excited for the future and look forward to continuing to bring our viewers the modern and inclusive storylines they have come to expect from the undisputed leader in Spanish-language television.”