Sony AXN takes more Prime cinema series to Russia | Deals | News | Rapid TV News
By continuing to use this site you consent to the use of cookies on your device as described in our privacy policy unless you have disabled them. You can change your cookie settings at any time but parts of our site will not function correctly without them. [Close]

In the second such deal in a matter of days that the French producer and distributor has inked with the pay-TV provider, Sony AXN Russia has acquired a package of 100 episodes of Hollywood On Set from Prime Entertainment Group. 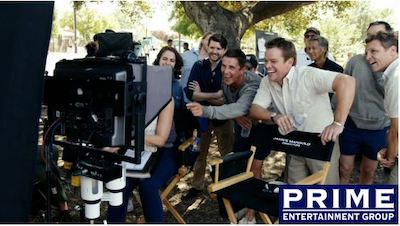 The 52 x 26’ series from Prime’s Cinema and Celebrity catalogue is said to be one of Prime’s most successful entertainment programmes among networks in need of fast-paced content. It offers a half-hour behind the scenes look at Tinsel Town bringing to the audience exclusive footage and precious information about the latest and trendiest movies.

“Sony Pictures Television has been great partners for many years. We are glad our collaboration enables us to provide high quality entertainment to their audiences worldwide,” commented Prime head of sales Alexandra Marguerite. “We are especially happy that the high production value of our programmes allows us to maintain this precious partnership and to entertain millions of viewers worldwide.”

The new deal comes hot on the heels of Sony AXN Germany acquiring a package including new episodes from Close Up (105 x 26’) and Hollywood’s Best Film Directors (91 x 26’) and with AXN Central Europe for three seasons of car reality show Test Drive (71 x 26’). The German deal also marked more than ten years’ worth of business completed between the two companies.