Viacom International Studios hires new head of non-scripted | Major Businesses | Business | News | Rapid TV News
By continuing to use this site you consent to the use of cookies on your device as described in our privacy policy unless you have disabled them. You can change your cookie settings at any time but parts of our site will not function correctly without them. [Close] 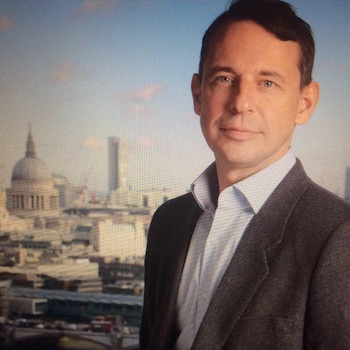 In this newly created role starting in February 2020, Hastings will oversee the development, creation and production of all non-scripted content produced by VIS for Viacom’s channels and streaming services in the UK, as well as for third-party clients. He has been charged with building a team of non-scripted programme makers and working closely with commissioners and in-house teams to grow existing brands and create new series and specials.

Hastings will report to VIS UK managing director, Jill Offman who, commenting on the hire said: “Richard has an impressive track record for creating non-scripted content for both in-house and third-party commissioners and brings with him significant expertise and invaluable experience. Richard joins us at a time of ambitious growth and having someone dedicated to non-scripted will not only drive our award-winning production studios to the next level but ensures that we deliver the highest quality programming to audiences across the UK and beyond.”

“I’m thrilled to be joining Jill and the team at Viacom International Studios UK. This is an exciting time for a studio that has already produced a slate of exciting programming and has a clear vision for the future. I can't wait to play my part in its future success,” Hastings added.