BT Sport extends reach of Ultimate viewing experience to TVs | Programming | News | Rapid TV News
By continuing to use this site you consent to the use of cookies on your device as described in our privacy policy unless you have disabled them. You can change your cookie settings at any time but parts of our site will not function correctly without them. [Close]

In what it says is a first for sports broadcasting, BT Sport is making its biggest live matches available in 4K Ultra HD and high dynamic range (HDR) picture quality on leading smart TVs, games consoles and streaming devices. 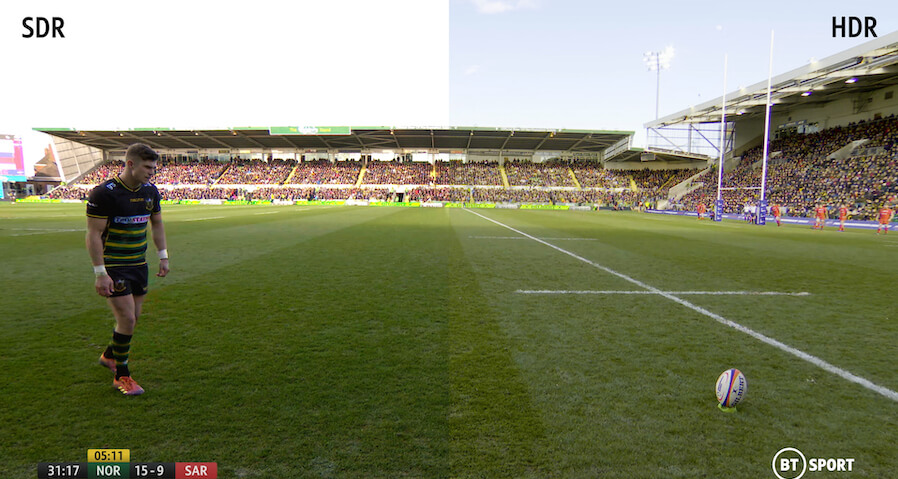 BT Sport Ultimate launched earlier in 2019 to BT TV and EE pay monthly customers, enabling them to watch in HD with HDR on Android and Apple handsets/tablets. Now for £5 extra per month, the enhanced features are available to those with Samsung smart TVs, Xbox One games consoles and Chromecast Ultra streaming devices. The offer also covers Sky customers who take BT Sport, and customers who subscribe to BT Sport’s app.

Upcoming events on BT Sport Ultimate that are available in 4K UHD with HDR include UEFA Champions League action featuring Tottenham Hotspur v Olympiacos on Tuesday 26 November and Liverpool v Napoli on 27 November. BT Sport will show up to 70 live events in HDR this season, including the UEFA Champions League, Premier League and more. If an event is not being screened in HDR, BT Sport Ultimate subscribers will, from this weekend, be able to watch live action for the first time in 4K UHD on Samsung smart TVs, Xbox One, Apple TV 4K and Chromecast Ultra.

Commenting on the new offer, Pete Oliver, managing director, marketing, of BT’s consumer division, said: “We’re providing the absolute best video and sound quality for sport fans, making BT Sport in 4K, HDR and Dolby Atmos available in more ways than ever this season. HDR transforms the sports viewing experience and with the expansion of BT Sport Ultimate, we’re providing more high quality broadcasts for our customers than any other broadcaster.”
www.bt.com/sport