Wurl spins double digit growth in Q3 2019 | Major Businesses | Business
By continuing to use this site you consent to the use of cookies on your device as described in our privacy policy unless you have disabled them. You can change your cookie settings at any time but parts of our site will not function correctly without them. [Close]

Connected TV streaming video distribution and advertising services provider Wurl believes that its third quarter has shown that it is already benefitting from the streaming wars given velocity by the arrival of the direct-to-consumer giants. 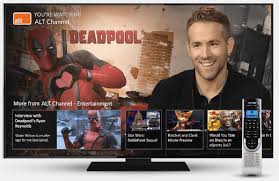 The company announced a number of accelerated growth metrics for the three-month period, including its customers seeing a 69% increase in ad impressions the Wurl Network generating more viewing time than any other distribution network.

Specifically, the company said that through the Wurl Network, customers increased ad impressions by 69% quarter-on-quarter during Q3. Ad inventory carried by the network grew 14% compared with Q2, while the network’s fill rate increased 45%.

During the third quarter, Wurl began offering its services through partners in the United Kingdom, Germany, Switzerland and Austria and now operates in six countries, adding four territories in the quarter. The average viewing time of Wurl-powered channels increased 6% over Q2, making, said Wurl, the company generate more viewing time than any other connected TV distribution network.

The company launched 45 channels during the quarter, delivering live, linear and VOD programming to leading connected TV platforms including Samsung TV Plus, The Roku Channel, Xumo, and STIRR. Wurl’s average revenue per user ARPU increased by 32% over Q2.

“Wurl continues to strongly grow its industry leadership,” commented Wurl CEO Sean Doherty “We’re proud to be delivering significant results for our production and distribution partners in terms of viewership, reach and advertising revenue. We’re also excited to be expanding our reach by bringing the Wurl Network to more partners in more countries around the world, solidifying our position as the global leader in connected TV.”