Viacom makes key leadership changes as it elevates OTT and studio businesses | Major Businesses | Business | News | Rapid TV News
By continuing to use this site you consent to the use of cookies on your device as described in our privacy policy unless you have disabled them. You can change your cookie settings at any time but parts of our site will not function correctly without them. [Close]

Just as its parent prepares for the mega merger with CBS, Viacom International Media Networks has made a number of key management changes showing just how increasingly important over-the-top and content services have become. 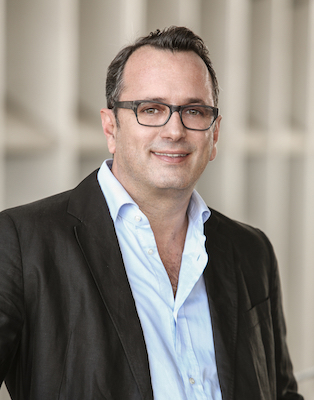 Gazzolo (pictured) will be responsible for establishing Viacom’s international business strategies, product offerings and operations for these critical growth areas of the business in all international markets. He will work closely with Marc DeBevoise, chief digital officer for the soon to be operational ViacomCBS and president and chief executive officer of CBS Interactive and Tom Ryan, CEO and co-founder of Pluto TV to expand the company’s digital strategy to the international market. Indeed accelerating the rollout of Pluto TV will be his initial focus.

Gazzolo will also be the Nickelodeon brand lead for all markets outside of the US with its centralised programming, marketing, creative, consumer products and international programme sales teams reporting into him.

Gazzolo will further aim to establish VIMN’s premium DTC products in partnership with distributors. He will also be responsible for creating an integrated Viacom International Studios operation, managing original content creation assets across ViacomCBS internationally. This new structure has been set up to enable the company to accelerate the creation of original content across international markets.

David Lynn, President and CEO of Viacom International Media Networks, will oversee the ViacomCBS's international media networks, including Network 10 in Australia, and now will have Gazzolo as a direct report.

Commenting on the appointment he said: “Pier’s vision and leadership in acquiring and integrating both Telefe and Porta dos Fundos for the Americas business was a step-change for Viacom in the region and enabled the creation of a studio business, not just for the Americas, but for all of Viacom International. Additionally, Pier’s leadership in the streaming and OTT space has driven subscriber growth and established VIMN as a key player in OTT in the region partnering with MVPD’s and mobile operators. I’m confident that Pier will apply the same vision and rigor to launching these key business lines for ViacomCBS internationally as we continue to super serve our distribution partners.”

In the second key move, Juan (JC) Acosta, currently executive vice president, and chief operating officer of VIMN Americas, will be promoted to president of VIMN Americas, from 3 January 2020. Acosta will be responsible for VIMN operations for Latin America, spanning Argentina, Brazil, Colombia, Mexico, as well as Canada and the US Hispanic market. He will be tasked with the ongoing expansion of VIMN’s portfolio and products in the region, including its multiplatform business, global studio and content distribution and licensing efforts and TV channels (MTV, Nickelodeon, Comedy Central, Paramount Channel, and Telefe, Argentina’s leading free-to-air broadcaster) and digital portfolio (including Porta Dos Fundos).

Acosta will also report direct to David Lynn who added: “JC’s understanding of the entertainment industry, strategic expertise and deep knowledge of both VIMN and the international television market make him ideally suited for his new role. JC’s tenure with VIMN and impact on the business to date, will ensure both a seamless leadership transition and a continued growth trajectory for our Americas operations. JC played a key role in the transformation of the VIMN Americas business, integrating and managing Telefe and Porta dos Fundos, and is ideally equipped to take VIMN Americas through its next stage of growth.”