Thinkbox launches ad optimisation as research shows TV leads in ROI | Ad Tech | News | Rapid TV News
By continuing to use this site you consent to the use of cookies on your device as described in our privacy policy unless you have disabled them. You can change your cookie settings at any time but parts of our site will not function correctly without them. [Close]

The association for commercial broadcasters in the UK, Thinkbox, has unveiled a major new research showing that TV has by far the biggest multiplier effect on other channels and delivers the most certain return, and based on the findings has launched a new cross-media optimisation tool. 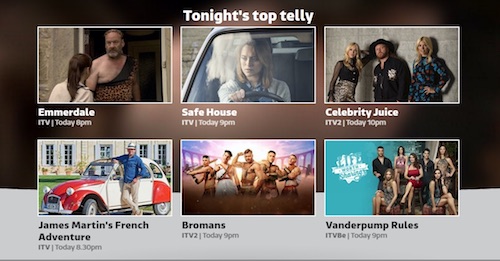 The Demand Generation study is an econometric analysis of £1.4 billion of media spend by 50 brands across 10 forms of advertising over three years. It is designed to offer wide-ranging advice to marketers on how to maximise short-term advertising return without sacrificing sustained base growth.

The study has also isolated the principle variables that impact advertising effectiveness, and these have been used to create The Demand Generator, a new tool that enables marketers to determine the optimal advertising media mix specific to their business and its objectives. The new tool determines the optimal media mix specific to a brand’s category, budgets and goals and has been developed to help advertisers without their own econometric analysis make media decisions.

“Often we do some research, release the findings and that’s that. So it’s wonderful to create something tangible and practical based on such robust insight,” commented Thinkbox research and planning director Matt Hill commenting on the research and the creation of the ad tool.

“We hope The Demand Generator will be a helpful springboard for the many brands that don’t already do econometric analyses of their media performance. They can tailor it to their exact needs to find the best place to start from when deciding their media mix. With marketers increasingly adopting a zero-based budgeting approach, having a tool like this should provide a great evidence-based foundation on which to build their decisions.”