Your Moment premiere records record ratings for ABS-CBN | Ratings/Measurement | News | Rapid TV News
By continuing to use this site you consent to the use of cookies on your device as described in our privacy policy unless you have disabled them. You can change your cookie settings at any time but parts of our site will not function correctly without them. [Close]

The 9 November premiere for Fritz Productions and ABS-CBN co-production This Moment garnered a national TV rating of 28.9% in the Philippines, 12.5 points higher than its rival show on another network according to data from Kantar Media. 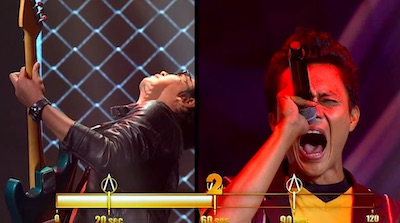 Your Moment airs on ABS-CBN every weekend. It is hosted by acclaimed television show hosts in the Philippines, Luis Manzano and Vhong Navarro, and features notable Filipino entertainment industry personalities Billy Crawford, Nadine Lustre, and Boy Abunda as judges.

The two-in-one competition of singing and dancing acts with an immersive rotating set takes the entire audience and the judges to two separate stages of each act. Judges score the progress of the performance via an emotion meter within three distinct timings of lighting effects at 20, 60,and 90 seconds.

As well as debuting strongly on 9 November, the show continued to draw in audiences on 10 November 10 as it recorded a national TV rating of 26.3%, or 8.9 points higher than its rival. The show also gained traction online as it trended on Twitter on the morning of its world premiere.