5G makes mixed start in London | Mobile | News | Rapid TV News
By continuing to use this site you consent to the use of cookies on your device as described in our privacy policy unless you have disabled them. You can change your cookie settings at any time but parts of our site will not function correctly without them. [Close]

The arrival of 5G in the UK was greeted with enthusiasm especially in terms of consumer applications such a video but research has found that in the key London market, 5G services are having issues with consistency and reliability of performance says research from Global Wireless Solutions (GWS). 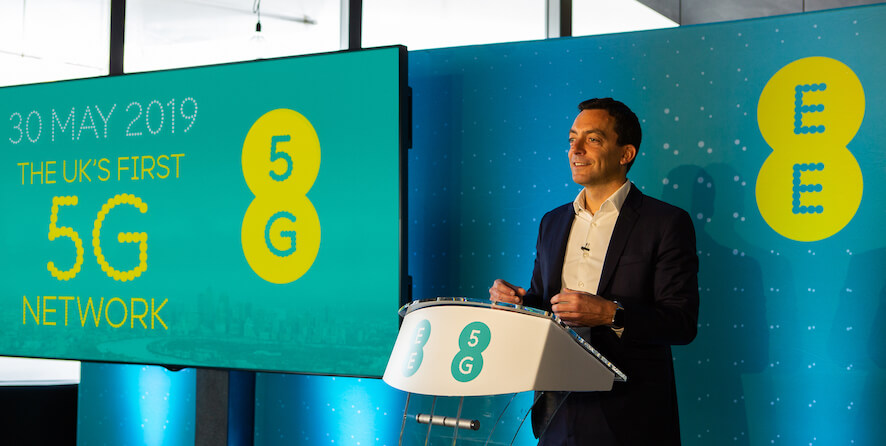 Having tested the performance 5G mobile networks from EE, O2 and Vodafone, GWS said that even though the results reveal signs of promise for the networks despite the technology not yet being standalone 5G, its testing has found that there was ‘understandably’ still a lot to be done to ensure widespread coverage due to current deployment approaches. These it said can cause the networks to drop back down to 4G, even in the heart of the UK capital.

Network speeds detected varied significantly, and certain locations saw spikes of super-fast connectivity. In a key example cited, testing delivered instantaneous peaks of over 470 Mbps for EE around St Paul’s Cathedral, 330 Mbps from O2 at Victoria Station and over 320 Mbps from Vodafone in Belgrave Square. Upload speeds, another key component of the advances attributed to 5G technology, saw maximum task throughputs of over 60 Mbps for Vodafone, and over 30 Mbps for both EE and O2.

In the tests, mobile operators were able to complete 35% of the data tasks at download speeds above 100 Mbps and 46% of the tasks at upload speeds above 20 Mbps. GWS noted that to put these speeds into perspective, the download throughputs were three to four times faster than what found during previous 4G testing in London.

The London test also revealed that average connection times (latencies) experienced were no different to those often experienced on 4G networks (typically anywhere from 35 to 50 ms), and far from the 5G goal of sub-10ms latencies.

“In the early stages of 5G deployment in London, the speeds we witnessed indicate signs of good things to come for consumers that have a 5G phone, especially in comparison to what we have observed in previous 4G tests,” commented GWS CEO Paul Carter. “As part of our own additional qualitative research, we discovered that consumers have (come to consider the performance of 4G as the new minimum technology standard. Although still in its early stages, 5G technology will likely very quickly follow suit as the new normal in the future, so the potential is indeed exciting.”