Addressable advertising set to rocket | Ad Tech | News | Rapid TV News
By continuing to use this site you consent to the use of cookies on your device as described in our privacy policy unless you have disabled them. You can change your cookie settings at any time but parts of our site will not function correctly without them. [Close]

After a longer than expected period in its journey from early adoption to mainstream consideration, taking around five years, to proceed addressable TV advertising will leap from $15.6 billion in total worldwide revenue in 2019 to $85.5 billion by 2025 says analyst Rethink TV. 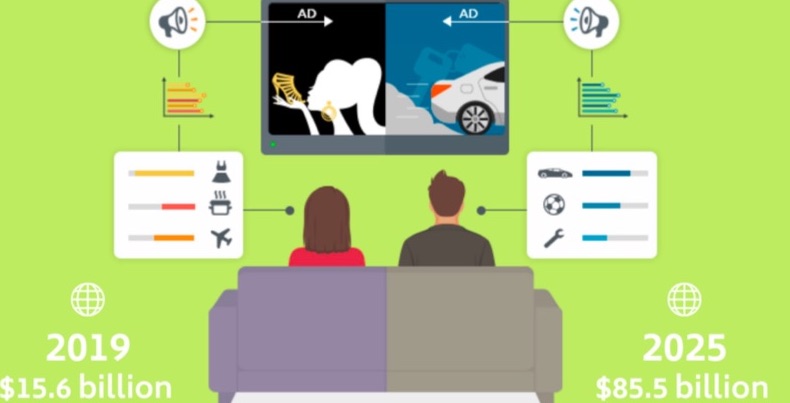 In its report, Addressable Advertising Forecast to 2025 Addressable advertising boom across all regions and platforms, Rethink attributed the rocketing revenues as a reflection on advertising dollars switching to addressable as the platforms mature and better understood by the advertising community. It says that growth has been helped by a concurrent development of and convergence around key platforms, standards and metrics, providing better information about engagement.

Furthermore, the analysis predicts that the boom in addressable TV advertising will occur in all sectors of pay-TV and all major geographies over the next six years, engaging viewers, driving response for brands and boosting revenues for video service providers.

Aggregation of inventory is increasing the size of addressable targets, making them viable for larger brands and advertisers, overcoming the barrier of fragmentation within the ecosystem.

The main benefits for broadcasters and pay-TV operators said Rethink is that these adverts fetch higher CPMs than general spots broadcast to all viewers of a programme. This it says is reflected in addressable ads accounting for a higher proportion of revenues than total impressions.

With advertising dollars switching to addressable as the delivery platforms — linear TV, VOD/catch-up and connected TV mature — and as its value even for blanket advertising becomes more widely acknowledged, Rethink does point out in the research that the proportion of the total addressable pie taken by the currently popular connected TV sector will likely decline to 2025, while linear increases.