Dramacorp-Pampas gains rights to Great Century adaptation | Programming | News | Rapid TV News
By continuing to use this site you consent to the use of cookies on your device as described in our privacy policy unless you have disabled them. You can change your cookie settings at any time but parts of our site will not function correctly without them. [Close] 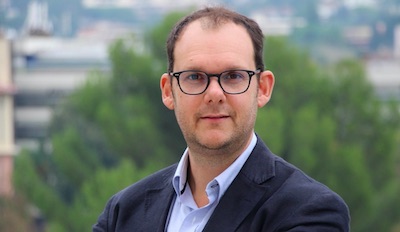 The first instalments of the TV adaptation blends serialised and episodic drama in a multi-season format, follows three siblings, born in a poor Norwegian fishermen family, set out on a lifetime of adventure and lay the foundations of what will become a family dynasty across Norway, Sweden and Germany. The action starts on a small Norwegian island, through the run-up to the First World War, before moving to Germany, West Africa, and the UK.

The Bridge Builders, the first instalment of The Great Century saga, opens in Norway the early years of the Twentieth Century. It is a time of optimism and progress, largely thanks to Europe’s booming rail industry, which is connecting people, commerce and cultures across the continent.

The deal marks is the Stockholm-based production company’s second major project with Guillou.

Commenting on what it means for Dramacorp-Pampas Studios, Patrick Nebout, executive producer (pictured) said: “With Jan Guillou’s gripping family saga spanning several generations and countries, it’s safe to say we’re in for the long haul...This is Scandinavia’s answer to The Crown or South and North, with a modern tone and take. We’re now set to find the best home and partners for this extraordinary project.”