Broadcasters look to virtual programming to exploit content libraries | Media Analysis | Business
By continuing to use this site you consent to the use of cookies on your device as described in our privacy policy unless you have disabled them. You can change your cookie settings at any time but parts of our site will not function correctly without them. [Close]

More than a third (36%) of broadcasters are failing to utilise their content library despite facing increasing competition from streaming services, according to research by video delivery solutions ATEME. 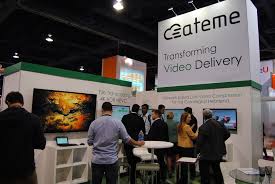 The study revealed that even though almost all (98%) of the broadcasters surveyed use their content library to create new channels for particular events or occasions, the majority (82%) said that they had been impeded in the ability to do it quickly, unlike their streaming counterparts.

As many as 44% of broadcasters revealed that it takes them up to three days to create a new channel, while over a third (38%) say it takes them up to a week, which not only hinders their ability to capitalise on events but could result in potential revenue loss.

“With a continuous influx of competition from all angles, broadcasters must begin to do more with their content libraries,” commented ATEME chief strategy officer Remi Beaudouin. “Creating new, virtual channels would allow broadcasters to take advantage of topical and cultural events, such as award season, during which they could use their back catalogue to quickly develop one-off channels to celebrate winners as they are announced.”

“For over half (52%) of broadcasters this ability to capitalise on unexpected or timely events without disrupting usual viewing schedule is seen as the biggest benefit of creating one-off channels,” Beaudouin added. “This approach also allows broadcasters to widen their appeal and cater to niche audiences with targeted or local content which 46% of broadcasters think virtual broadcasting would help them achieve.”

While currently very few broadcasters are able to create new channels quickly, the use of cloud technology, which 66% of broadcasters would consider moving to, could allow them to adopt a more proactive approach to creating virtual programming.

“Virtual broadcasting can be highly beneficial for broadcasters as it allows them to create tailored channels in just a few hours and use their catalogue to better effect. This will allow them to offer content that is different from that shown on their main channels and appeal to a wider audience,” added Beaudouin.

“As traditional broadcasters continue to face opposition from streaming platforms, adopting virtual broadcasting is an ideal way to compete with their services as 50% of broadcasters see one of the biggest advantages of its use as the ability to offer a package other broadcasters currently aren't. It will also enable them to cater to the increased variety the modern TV viewer has come to expect.”