UK IPTV, online video boost as Vodafone expands fibre network | Infrastructure | News | Rapid TV News
By continuing to use this site you consent to the use of cookies on your device as described in our privacy policy unless you have disabled them. You can change your cookie settings at any time but parts of our site will not function correctly without them. [Close]

In a plan to give more UK users online download speeds of up to 900Mbps, 20 times faster than the average home broadband connection in the country, Vodafone is to broaden the reach of its Gigafast Broadband network. 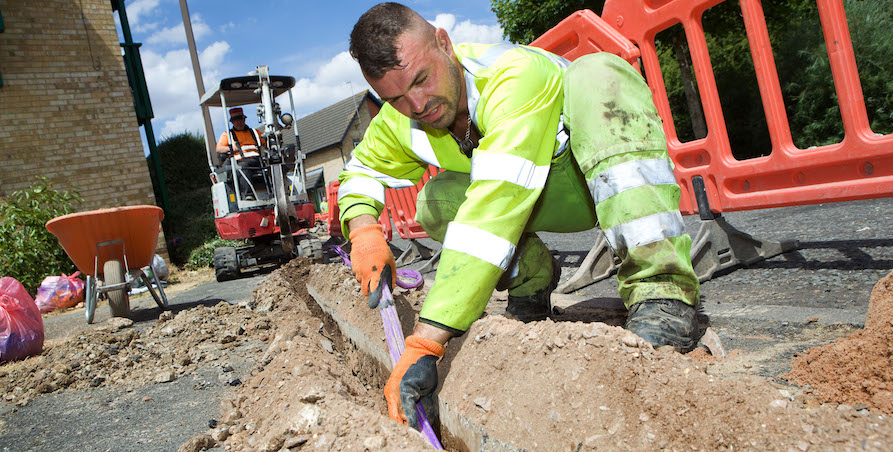 The high speed full fibre network will now be available to customers in Birmingham, Bristol and Liverpool thanks to a deal with Openreach, the BT Group-owned company charged with developing a full fibre infrastructure.

The move is the first phase of a network expansion by Vodafone which aims to offer Gigafast Broadband to 15 UK towns and cities. Vodafone has already announced fibre roll-outs under an agreement with UK wholesale fibre network infrastructure provider CityFibre, under which Vodafone Gigafast Broadband is live or planned in Aberdeen, Bournemouth, Cambridge, Coventry, Edinburgh, Huddersfield, Leeds, Milton Keynes, Northampton, Peterborough, Southend-on-Sea and Stirling.

The operator is busily building up its presence in TV and video and by 30 June 2019, it boasted 14 million TV customers, including all of the customers in Vodafone’s joint ventures and associates. Gigafast Broadband is key to this strategy and one of the results of its throughput said Vodafone was that a family could stream their favourite films, play online games or upload videos and photos across multiple devices with almost no time lag or buffering – all at the same time.

Commenting on the deal with Openreach, Nick Jeffery, UK chief executive officer at Vodafone, said: “Vodafone is committed to a full-fibre future and to creating the infrastructure Britain needs to compete and win in the digital era. This initiative with Openreach builds on our existing commitments with CityFibre and underlines our belief in the power of digital technology to connect people for a better future and unlock economic growth for the UK.”