SVOD rolls on as Disney+ forecast to draw 101MN subs by 2025 | VOD | News | Rapid TV News
By continuing to use this site you consent to the use of cookies on your device as described in our privacy policy unless you have disabled them. You can change your cookie settings at any time but parts of our site will not function correctly without them. [Close]

It’s up, up and away for the SVOD sector, according to a new report from Digital TV Research which predicts that the leading five global platforms will have 529 million SVOD subscribers by 2025. 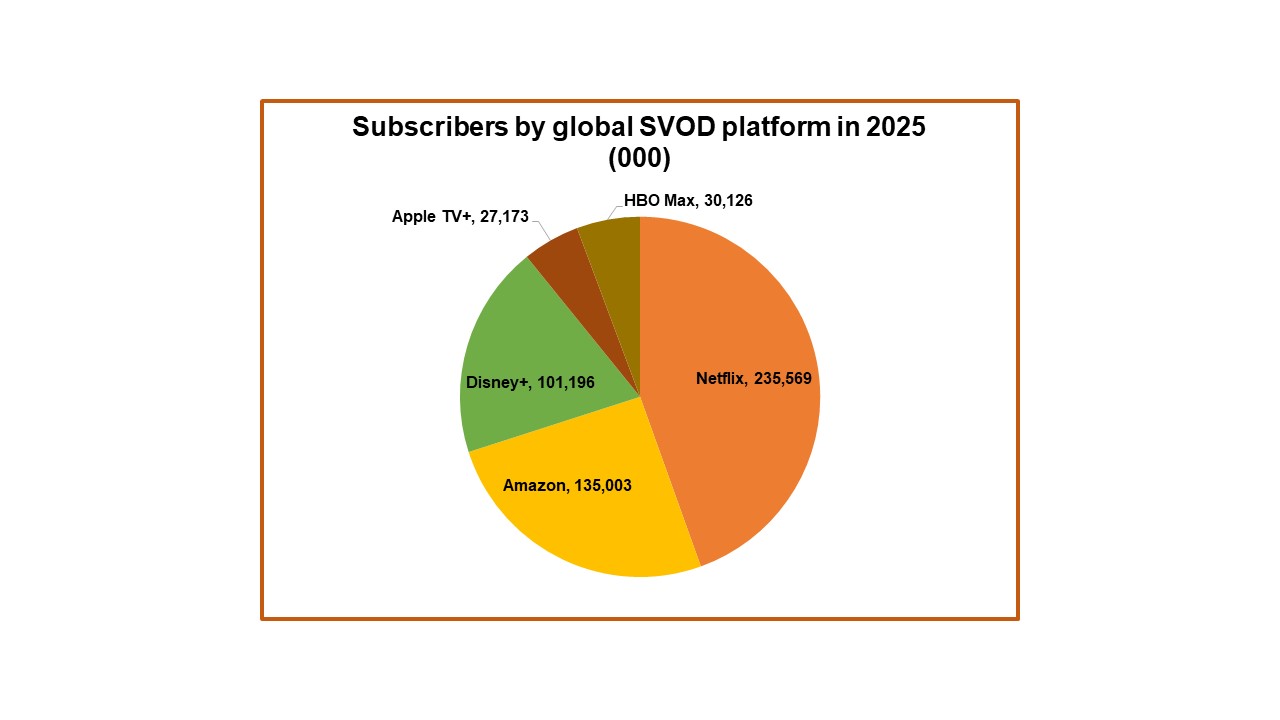 The study, the SVOD Platform Forecast report, says that with the roll-outs of Disney+ and Apple TV+ in November 2019 and the arrival of HBO Max starts in spring 2020 will spur the market to add 257 million subscribers between 2019 and 2025, doubling their total.

Commenting on the SVOD Platform Forecast report, Simon Murray, principal analyst at Digital TV Research, said: “Competition is intense, with several platforms ‘reclaiming’ content from others and with price wars in place. Furthermore, there are several exclusive distribution deals. Only 29% of Netflix’s subscribers will be in the US by 2025. The proportion will be as high as 80% for the younger HBO Max.”
Tweet