Robert Townsend takes movie content to OTT with Bitmax | Infrastructure | News | Rapid TV News
By continuing to use this site you consent to the use of cookies on your device as described in our privacy policy unless you have disabled them. You can change your cookie settings at any time but parts of our site will not function correctly without them. [Close] 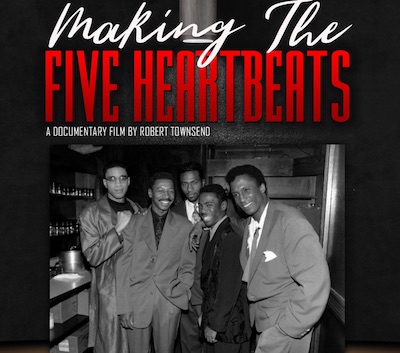 The behind the scenes documentary movie, chronicling the making of cult classic Five Heartbeats, was an NAACP Image Award Nominee for Outstanding Documentary, and gives a behind the scenes look at the obstacles and trials of making the movie - including casting calls, story board ideas and never before seen footage.

It tells the story of a time in America when African American cinema was especially difficult to get made, and the perseverance of a producer who didn’t give up. Initially panned at the box office, Five Heartbeats has risen in cult status and become a classic.

The film will be distributed across Apple iTunes, Vudu, Amazon Prime and Google in English, German, French and Spanish in February 2020 to commemorate Black History Month. Among the services provided for the over-the-top channels includes localisation.

“I’m excited to be working with the Bitmax team,” Townsend remarked. “It was important to work with such an established digital partner who are expert in getting films out to platforms, and I look forward to bringing this labour of love to a global audience.

“Jay Friedman, Bitmax director of sales, North America, added: “We are blessed to work with a talent as revered as Robert Townsend, so we jumped at the opportunity to support this effort, and are excited to be working on this project. Partnerships like these illustrate perfectly our core expertise of managing and distributing independent content and providing revenue transparency to creators worldwide.”