House of mouse gains lion’s share of attention in UK DTC arena | Media Analysis | Business
By continuing to use this site you consent to the use of cookies on your device as described in our privacy policy unless you have disabled them. You can change your cookie settings at any time but parts of our site will not function correctly without them. [Close]

Even though Apple TV+ has already hit UK shores ahead of the new wave of direct-to-consumer rivals, it is Disney+ that is attracting the interest of most UK viewers looking at adding a DTC offer according to research from ExpressVPN. 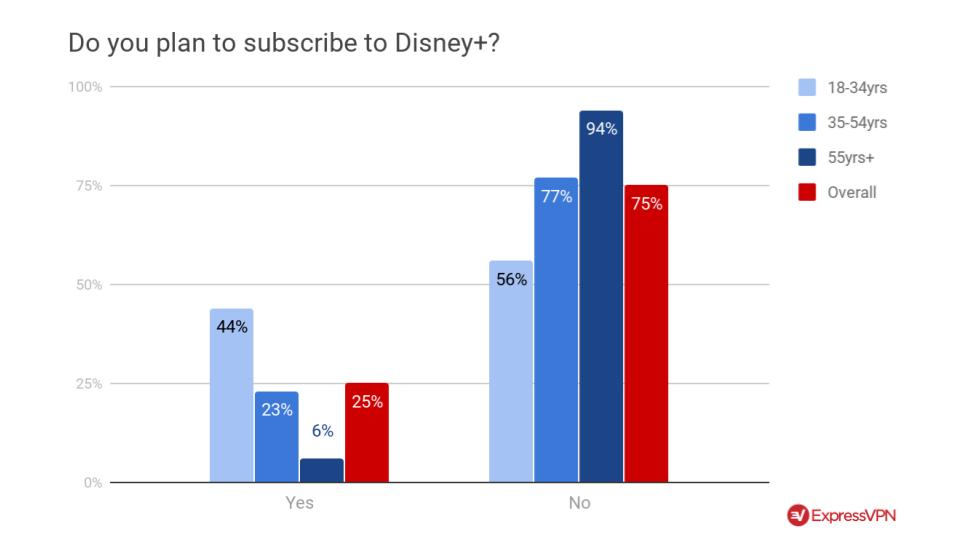 The October 2019 survey conducted by Propeller Insights of more than 1000 adult UK consumers found that Disney+ may not be launching in UK until 2020, but it already has more interest than the newly launched Apple TV+. Specifically, a quarter of all UK consumers plan to subscribe to Disney — much more likely with Millennials — while just 16% said they plan to subscribe to Apple TV+.

Interestingly the survey also found that even after the launch of Apple TV+ and Disney+, planned for early 2020, .as many as three-fifths of UK consumers said they plan to keep their existing video streaming subscriptions to the likes of Netflix, Sky’s NOW TV and Amazon Prime Video. Almost a third of consumers added that they have previously cancelled a subscription because it was too hard to watch the show they like because of their location.

“The launch of these new streaming services shows that the appetite for on-demand content that can be enjoyed anytime and anywhere is massive and still growing—especially among Millennials,” said Harold Li, vice president, ExpressVPN commenting on the research.

“For now at least, Netflix remains the streaming king but it will have to work hard to retain users in the face of new competition with huge war chests and existing ecosystem advantages. To maintain its lead, Netflix may have to reconsider how it offers different content libraries in each market, particularly given that Disney’s unique advantage of owning a significant volume of original movies and shows means it is more likely to be able to offer content with fewer geographical restrictions.”