ProSiebenSat.1 signs up for Blinded | Deals | News | Rapid TV News
By continuing to use this site you consent to the use of cookies on your device as described in our privacy policy unless you have disabled them. You can change your cookie settings at any time but parts of our site will not function correctly without them. [Close]

ProSiebenSat.1 signs up for Blinded

Leading independent distributor all3media international has secured the first deals for Swedish-language thriller Blinded with ProSiebenSat.1 in Germany alongside other broadcasters in Europe and Australia. 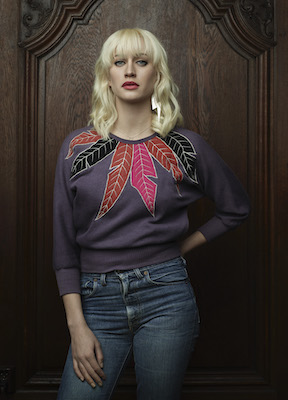 Produced by FLX for streaming service C More and Swedish broadcaster TV4, in association with all3media international, the eight-part original drama series is inspired by real events, based on the book by award-winning investigative journalist Carolina Neurath.

Set in Stockholm’s financial quarter, Blinded follows journalist Bea Farkas (Julia Ragnarsson, Spring Tide, The Bridge) who, in pursuit of the next scoop, begins to suspect that a bank – led by Peder Rooth (Matias Varela, Narcos, The Borgias) – may be engaged in questionable activity. In a world where status is everything and nobody is blameless – Bea may pay a high price in her search for the truth.

ProSiebenSat.1 has picked up broadcast rights in Germany and will launch Blinded on SAT.1 emotions in spring 2020. NPO in the Netherlands and Sýn hf in Iceland have also secured TV rights, and SBS in Australia has signed digital rights.

“Blinded is a timely and globally relevant drama that takes audiences on a thrilling journey right to the heart of Stockholm’s financial world, a place where our characters navigate a fine line between profit and risk,” commented Jonathan Hughes, sales manager EMEA North at all3media international.

“The demand for international drama is stronger than ever, and we are continuing to expand our portfolio by looking beyond English language content and partnering with acclaimed creative talent from around the world. As part of that strategy, this major international coproduction represented our first key investment in Scandinavia, and we’re delighted to see that now bearing fruit with these initial deals.”