Broadcast struggles in Q1 but Eutelsat sees better times ahead | Satellite | News | Rapid TV News
By continuing to use this site you consent to the use of cookies on your device as described in our privacy policy unless you have disabled them. You can change your cookie settings at any time but parts of our site will not function correctly without them. [Close]

Broadcast struggles in Q1 but Eutelsat sees better times ahead

The trend for diminished returns in the satellite video industry has continued with operator Eutelsat in what was an overall challenging first quarter of its financial year. 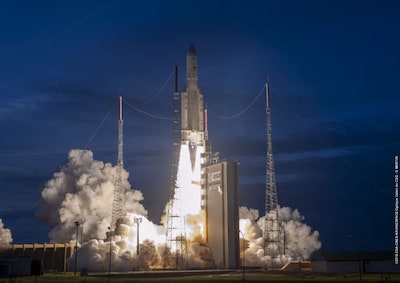 Revenues for the company’s five operating verticals stood at €316.5 million, down 6.2% compared with Q1 2018 on a like-for-like basis and excluded a negative perimeter effect of around 0.5 points related to the disposal of the stake in EUTELSAT 25B in August 2019 and a positive currency effect of approximately 1.5 points. Quarter-on-quarter, revenues of the five operating verticals were down by 3.7% like-for-like.

Eutelsat’s broadcast segment accounted for 62% of total revenues and amassed €194.7 million, down 1.7% year-on-year. This said the operator reflected notably the termination of a contract in Sub-Saharan Africa and the temporary effect of the return of a couple of transponders in Russia. On a quarter-on-quarter basis, revenues were down by 2.0%.

At 30 September 2019, the total number of channels broadcast by Eutelsat satellites stood at 6,976, down 0.3% year-on-year. The number of HD channels stood at 1,582 compared with 1,419 a year earlier, up by 11.5% and represented 22.7% of channels compared to 20.3% a year earlier. Looking at business activity in the quarter, the firm noted two multi-year, multi-transponder contracts were signed with Orby TV for capacity on EUTELSAT 117 West A for the launch of a new DTH service across the US, and with Ultra DTH for capacity on EUTELSAT 65 West A to support the deployment of a white-label DTH platform across the Caribbean and Andean regions.

Despite the results, Eutelsat stressed that none of the quarter’s events altered its view of broadcast as a fundamentally resilient business. It predicted broadcast revenues should benefit from the entry into service of EUTELSAT 7C at the end of calendar year 2019, bringing incremental capacity (19 36-MHz equivalent transponders) to the African broadcast market.
Tweet