C-Band Alliance improves spectrum clearing proposal to avoid 5G interference | Satellite | News | Rapid TV News
By continuing to use this site you consent to the use of cookies on your device as described in our privacy policy unless you have disabled them. You can change your cookie settings at any time but parts of our site will not function correctly without them. [Close]

In an updated filing with the US regulator the FCC, the C-Band Alliance (CBA) has offered to clear 300 MHz of C-band spectrum to support fast 5G wireless deployment throughout the continental US to protect existing satellite services from 5G interference. 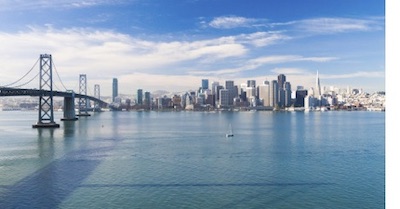 The CBA’s was established to implement a market-based proposal to clear spectrum, while protecting the quality and reliability of existing C-band services. Its members include Intelsat, SES and Telesat.

As it completed the work necessary to enhance its proposal, the CBA revealed that it had collaborated with US broadcasters and programmers that serve nearly 120 million American homes via the C-band. This work included analysing the potential use by some customers of technologies such as advanced modulation, single format transport and advanced video compression, including High Efficiency Video Coding (HEVC).

The CBA insists that each of these technologies improves the efficiency of satellite video delivery, allowing the same video content to be transmitted over less spectrum. The new CBA proposal commits to implement these technology upgrades at no cost to those satellite customers implementing them.

The alliance believes that its proposal is the only one that balances the public interest in rapid 5G network deployment throughout the continental US with the requirement by the FCC and C-band user community to maintain satellite delivery for current services, providing continued operating efficiency and quality. It adds that member companies will maintain continuity of all current C-band customer services and maintain the value of the continental US. C-band video distribution neighbourhoods.
Tweet