Bloomberg unveils new slate of OTT programming | OTT | News | Rapid TV News
By continuing to use this site you consent to the use of cookies on your device as described in our privacy policy unless you have disabled them. You can change your cookie settings at any time but parts of our site will not function correctly without them. [Close]

With the clear and stated aim of optimising programming for over-the-top access, the consumer-facing media organisation of global business and financial media company Bloomberg has debuted a new slate of original programming. 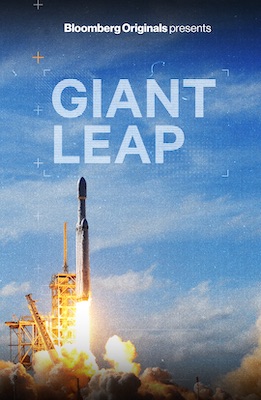 The launch marks Bloomberg’s expansion into long-form and broader-business focused programming, and the next step in diversifying Bloomberg’s OTT offerings for a digital audience. The services will be hosted across Bloomberg’s entire network, including the recently-launched Bloomberg TV+ premium streaming video experience, the Bloomberg app on OTT, Bloomberg.com, YouTube and the company’s social channels. The launch also follows the recent debut of

The first slate spotlights the advancements occurring in multiple industries including space, transportation, science, and health, as well as their potential economic impact. It also offers a deeper look at the world of investigative journalism.

Programming includes Giant Leap, a four-episode series profiling the race to get to space, to live in space, and to work and sustain life there; Moon Shot, which explores some of the major breakthroughs scientists are striving to achieve across multiple disciplines; Accelerate, a look at test-driving the vehicles of the future, providing viewers with an in-depth exploration of the science, ethos and implications of those vehicles; Prognosis, profiles the cutting-edge treatments that are changing the current state of medicine; and Storylines which takes a look at the world of investigative journalism.

“The new slate of OTT programming reflects a larger commitment to storytelling and delivering premium content across a range of different platforms,” said Tre Shallowhorn, global head of video and executive producer for Bloomberg News. “With a focus on broader business topics, we’re able to engage our existing audience around a different style of content that is still relevant to them -- and is authentic to Bloomberg -- while also widening our appeal.”
Tweet