MTV UK boots up Timberland documentary partnership | Programming | News | Rapid TV News
By continuing to use this site you consent to the use of cookies on your device as described in our privacy policy unless you have disabled them. You can change your cookie settings at any time but parts of our site will not function correctly without them. [Close] 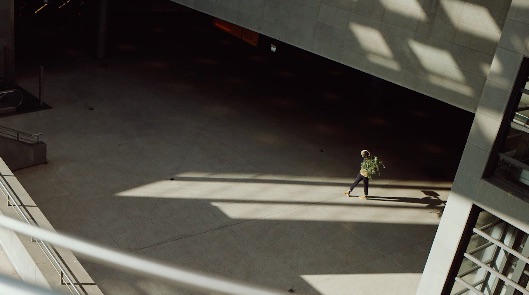 The 2 x 30’documentary will follow British musician Loyle Carner as he returns to his hometown of Croydon to explore ‘urban greening’, the term used to describe projects that mutually benefit city dwellers and their environments. Carner will visit a number of different sites and speak to variety of experts to promote the area’s creativity and highlight the importance of green spaces to create positive change for local communities and the environment.

The programme will be produced by Rumpus Media and filming will begin in October 2019 with the documentary set to air on the MTV UK linear channel later this year with content also distributed across VOD, digital and social. Sky Media, which handles MTV’s ad sales, will deliver 30-second VOD spots from early November as well as bespoke clips which are being produced for MTV’s digital and social platforms. The first episode will also be available to view on MTV’s YouTube channel for a limited time after transmission.

“We know that our audience are huge fans of Loyle Carner and are highly engaged with environmental issues, so this partnership with Timberland to produce a documentary that combines the two makes perfect sense,” remarked Jeremy Davies, director of music, commissioning and development at MTV UK: “MTV offers a great platform for brands looking to bring their personalities to life and connect with new audiences.”

Timberland EMEA senior director marketing Giorgio D’Aprile added: “At Timberland we believe that nature needs heroes. As a brand rooted in the outdoors, we think everyone should have access to green spaces as we know they help improve individual wellbeing and strengthen communities. We are very excited to partner with MTV and Loyle on this documentary. Loyle is a sincere and conscious artist with a humble yet active attitude for a better social and sustainable future. We look forward to joining Loyle on his journey of exploring urban greening in his hometown and sharing it with the MTV UK viewers.”

Timberland presents Nature Needs Heroes with Loyle Carner, was commissioned by Davies and is exec produced by Morgan Roberts and directed by Paula Haydock for Rumpus Media. It was created in partnership with MTV and DRUM (Omnicom Media Group UK’s specialist creative content agency), alongside Kinc and Rumpus. Together with Sky Media, DRUM has also managed the partnership with PHD Manchester developing the media strategy and negotiating the deal.