Irdeto appoints new video entertainment chief operating officer | Security | News | Rapid TV News
By continuing to use this site you consent to the use of cookies on your device as described in our privacy policy unless you have disabled them. You can change your cookie settings at any time but parts of our site will not function correctly without them. [Close]

Aiming to ensure optimal security and service to current and future customers in its video entertainment business, content protection and security specialist Irdeto has announced that Shane McCarthy is to take up the role of chief operating officer. 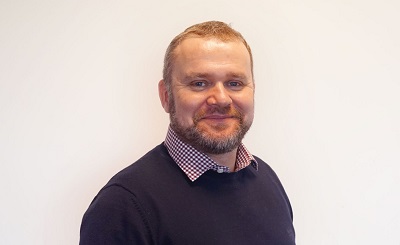 McCarthy has spent the past five years as an entrepreneur and consultant in the media and entertainment and technology sectors and in his new role at Irdeto, McCarthy he will be responsible for defining the strategy and overseeing execution within Irdeto’s video entertainment business. A developer by background, Mr. McCarthy previously held a number of roles at broadcast CE firm Pace, including the president of the international business, where built a near $1 billion business. He also worked for Cisco prior to this.

Using his experience, McCarthy will play what is hoped to be an instrumental role in further developing Irdeto’s global market position within the media and entertainment industry.

“With my technical and media industry background, I have been at the forefront of the evolution of the industry which continues at pace, making secure content delivery of paramount importance across the globe,” McCarthy remarked. “With an already thriving business providing security to many of the major players across the video entertainment space, this is a very exciting time to join Irdeto and help take the business to the next level.”

“As our market and customers evolve, it’s important that Irdeto evolves in tandem to continue to ensure optimal security and service to our current and future customers,” added Doug Lowther, chief executive officer, Irdeto to whom MCCarthy will report. “The creation of the COO role is designed to do this while advancing Irdeto’s global business. Shane McCarthy brings a wealth of experience to Irdeto which will be invaluable in further accelerating our progress.”