Broadcast and media industry confident despite squeeze on revenues and profits | Media Analysis | Business
By continuing to use this site you consent to the use of cookies on your device as described in our privacy policy unless you have disabled them. You can change your cookie settings at any time but parts of our site will not function correctly without them. [Close]

Broadcast and media industry confident despite squeeze on revenues and profits

Despite facing what are said to be radical industry shifts that are continuing to drive changes in business models and purchasing priorities, research from the IABM, the international trade association for suppliers of broadcast and media technology, has found that broadcast and media companies are relatively confident that they can successfully counter increased competition. 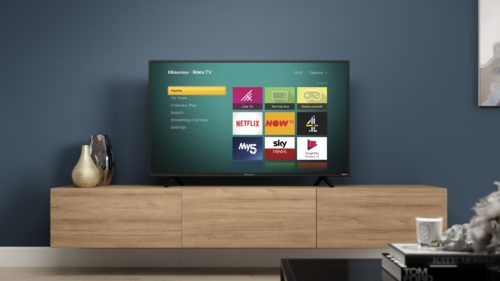 The latest IABM Buying Trends Report was built on analysis of qualitative evidence gathered from broadcast and media companies immediately prior to IBC2019 together with quantitative data drawn from their latest financial filings.

The findings are said to reflect the ongoing radical shift in the demand side of the industry whereby revenue growth decreased by over six percentage points since April 2019 and profit growth remained negative. Despite this squeeze on financial performance, due to the continued pressure on traditional advertising and subscription business model, companies pointed to efficiency as being the key driver in all technology purchasing decisions.

The survey also found that revenue growth had decreased from 9.3% in April 2019 to 3.1%, and profit growth remained negative at -3.1% - slightly down from the -2.4% reported in six months earlier. Yet despite this, virtually three-quarters of respondents said that they are positive about the business environment. The figure of 74% represented a fall of four percentage points compared with six months ago.

Just over a fifth 21% of technology users derived the vast majority of their revenue (more than 80%) from traditional broadcast operations although most expect this to change. Efficiency was the most important driver of product purchase, followed by total cost of ownership and agility while multi-platform content delivery was the most important priority for technology users followed by 4K/Ultra HD. Investment in building internal capabilities for technology development continued to increase in importance while 92% of end-users said that interoperability was important.

In terms of new technology usage, cloud, Ultra HD and artificial intelligence were on the rise while Blockchain was still at an early stage of adoption at 2%.

“Changing priorities have translated into a shift in technology spending that prioritises Opex over Capex,” said Lorenzo Zanni, IABM head of insight & analysis commenting on the analysis. “Our data demonstrates that technology users are focusing on solutions that make them more efficient and agile. In order to do that, they are spending more money on generic IT technology and increasingly investing in in-house development to suit their specific needs. This shift in technology spending is prompting end-users to adopt a variety of emerging technologies to streamline their supply-chains for the multi-platform world. Given that confidence levels remain relatively high, it is clear they are optimistic that they can meet the challenge from the digital giants head on.”