Quintus acquires Cosmos Maya kids’ animation series | Deals | News | Rapid TV News
By continuing to use this site you consent to the use of cookies on your device as described in our privacy policy unless you have disabled them. You can change your cookie settings at any time but parts of our site will not function correctly without them. [Close]

Continuing to boost its growth within the digital arena, international distribution and media agency Quintus Media has stepped into a digital distribution agreement with Indian animation studio Cosmos Maya. 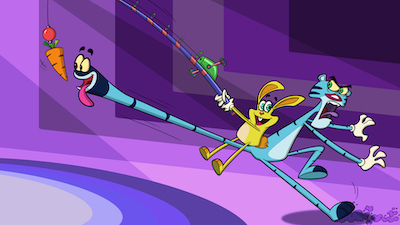 Eena Meena Deeka is an action comedy series of gags which tells the story of a constant chase between a cunning hungry fox and three chicks Eena, Meena and Deeka. Motu Patlu is a series of adventures of two friends Motu & Patlu who are typically caught in funny situations and they almost function like a trouble magnet, attracting all sorts of problems.

Tik Tak Tail (picured) is a series about a cute rabbit and a ferocious tiger who are constantly on the run. The show essentially tells the story of the unending attempts of a tiger to catch a rabbit and how the rabbit always outruns the tiger with his speed and smartness.

Commenting on the deal, Quintus Media managing director Gerrit Kemming said: “Cosmos Maya is one of the leading animation producers in their field. We are very proud to co-represent three of their super successful series’ which have the right blend of entertainment and global appeal. We look forward to helping in strengthening and growing their tens of millions of viewer base even further.”