AT&T reportedly receives offer for DirecTV stake | Major Businesses | Business
By continuing to use this site you consent to the use of cookies on your device as described in our privacy policy unless you have disabled them. You can change your cookie settings at any time but parts of our site will not function correctly without them. [Close]

In a move that comms giant would surely snap up with great gusto, AT&T is reported to have received an offer from private equity firm Apollo Global Management to take a significant stake in its currently ailing DirecTV unit. 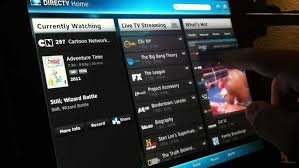 To say DirecTV is a concern to AT&T is a huge understatement. The unit has suffered considerably over the last few years as the transition from satellite to IP-based services and SVOD has continued apace. Even the introduction of skinny TV service DirectTV Now seems not to have stemmed the bleeding of subscribers. At the end of the fourth quarter of its 2018 previous financial year, AT&T saw DirecTV Now lose 267,000 subscribers which contributed to a loss of 658,000 video customers overall including its U-verse product as well as the DirecTV satellite business. A year earlier, DirecTV Now had gained 368,00 subscribers.

At the end of the second quarter of the current year ended 30 June 2019, AT&T reported a 778,000 net loss of premium TV subscribers due to an increase in customers rolling off promotional discounts, competition and lower gross adds due to a focus on the long-term value customer base while DirecTV Now reported a 168,000 net loss in subscribers due to higher prices and less promotional activity.

As it reported its annual results in February 2019 AT&T emphasised that its top priority was reducing debt and only days ago agreed to sell its wireless and wireline operations in Puerto Rico and the US Virgin Islands to Liberty Latin America. The reported Apollo offer, as revealed by FOX Business, would allow it to reduce debt whilst not totally relinquishing control. The report said that Apollo would provide financing for the transaction and hold a minority equity stake along with satellite firm Dish Network in a spinoff company, netting around half of the $49 billion it paid for DirecTV in 2015, maintaining control of DirecTV and its more than 20 million customers.

To date, AT&T and Dish are yet to officially comment on any proposed deal but financial news sources in the US say that AT&T has at least confirmed the pitch from Apollo but that there were not any active discussions about any deal.