Quibi, Telemundo team for Hispanic news | Mobile | News | Rapid TV News
By continuing to use this site you consent to the use of cookies on your device as described in our privacy policy unless you have disabled them. You can change your cookie settings at any time but parts of our site will not function correctly without them. [Close]

In advance of its April 2020 launch date, the eagerly-anticipated Quibi mobile video content service has inked an exclusive contract with Telemundo to produce daily news programming for the platform. 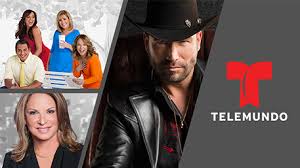 As a part of the partnership with Telemundo, the Hispanic-focused media company is developing two exclusive shows for Quibi’s curated news and entertainment programming, Daily Essentials. The two daily news programmes include a news show designed to tap into the audience’s passion for news, along with an entertainment news show. Both shows will be produced in English at the network’s global headquarters, Telemundo Center, a multi-platform production facility in Miami. The content is designed for GenZ, Millennial and LatinX Viewers aged 18–34, a key demographic for Telemundo.

The content will focus on daily news show that will bring Quibi’s audience the headlines and stories reflecting Hispanic perspectives from a new generation of identities in the US: bilingual and bicultural. These shows will be produced by Noticias Telemundo, the company’s news division. There will also be a 5-minute rundown of the day’s biggest entertainment news. Aimed at today’s multicultural viewers, the show is designed to provide Quibi’s audiences with what’s popular right now, through the lens of the Hispanic shift influencing today’s pop culture.

The content should be very attractive to the Quibi audience. More than two-thirds of Hispanics are under the age of 34 and consume more mobile video and take in news and content more quickly and efficiently than any other ethnic or racial group in the US. According a study of streamers from Pew Research, Hispanics stream 25% more on mobile devices than the general market.

“Telemundo’s partnership with Quibi is a great example of our company’s commitment to continue innovating and providing multi-platform news content to our growing audience at a time when they need it most,” said Cesar Conde, chairman NBCUniversal Telemundo Enterprises and NBCUniversal International Group. “Our viewers are young, bilingual, and ambi-cultural – 50,000 Hispanics in the US are turning 18 every month. We’re thrilled to be working with Jeffrey and the entire team at Quibi, an innovative company that understands and recognises the power of our audience.”

“At Quibi, our goal is to create content that reflects the diverse generation of millennials who are redefining culture and consuming media in entirely new ways,” added Jeffrey Katzenberg, and chairman of the Board, Quibi. “We are excited about our ground-breaking partnership with Telemundo to create a new format for news to reach a growing bilingual and bicultural audience.”