Dynamic Television acquires worldwide distribution rights to Creepshow | Deals | News | Rapid TV News
By continuing to use this site you consent to the use of cookies on your device as described in our privacy policy unless you have disabled them. You can change your cookie settings at any time but parts of our site will not function correctly without them. [Close] 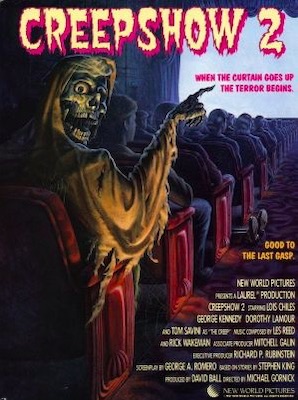 The renowned horror franchise follows in the footsteps of the iconic 1982 horror classic film written by Stephen King and directed by George A. Romero. The (6x60’ and 12x30’) new anthology series premiered last week on premium streaming video service Shudder in the US. Inspired by classic comics including Tales from the Crypt and The Vault of Horror, the 1982 Creepshow film was an instant critical success and became the #1 box office.

The new series will also feature adaptations of a story by King as well as his son Joe Hill who played comic-book loving Billy in the original film’s wrap-around segments. Also returning to the Creepshow franchise are director Tom Savini, who created the special effects makeup for the film; writer/director John Harrison, who was first assistant director on the original and composed its famous theme; and showrunner Greg Nicotero, who visited the first film’s set as a teenager and contributed make-up effects to Creepshow 2

“Creepshow is a great classic brand led by a pioneer in the genre who has brought together a powerhouse of veteran horror creators and the brightest up-and-coming talent,” said Dynamic managing partner Daniel March. “We are thrilled to introduce it at this year’s MIPCOM and audiences worldwide.”