MIPCOM 2019: Brassic goes global | Deals | News | Rapid TV News
By continuing to use this site you consent to the use of cookies on your device as described in our privacy policy unless you have disabled them. You can change your cookie settings at any time but parts of our site will not function correctly without them. [Close] 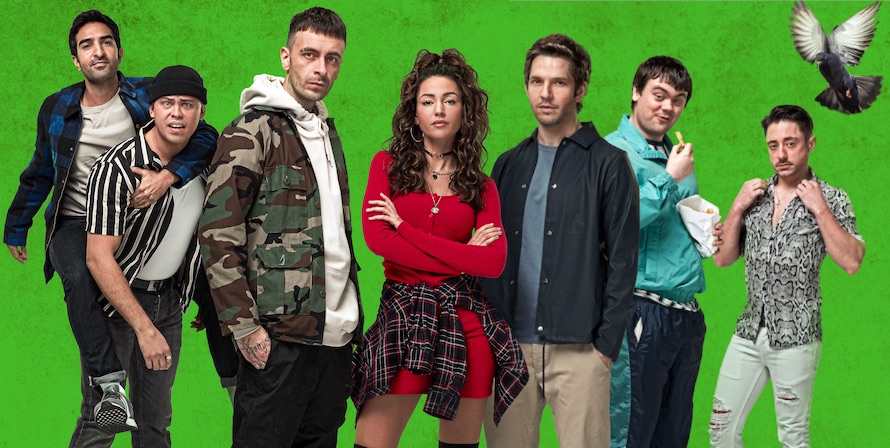 Created by Joe Gilgun (Misfits, Preacher) and BAFTA and International Emmy-winning writer Danny Brocklehurst (Shameless, Safe), and produced by Calamity Films (Judy, Pride), Brassic is an edgy and authentic original comedy which follows a group of working-class friends who find unconventional ways to win at life. Vinnie (Joseph Gilgun), a Lancashire lad with bipolar disorder, and Dylan (Damien Molony), his razor smart best mate, are inseparable and utterly co-dependent. Alongside Cardi, Ash, Tommo and JJ, the lads have dealt, scammed, bribed and conned their way through adolescence. But now, on the brink of adulthood, their dealing and stealing is catching up with them.

In the UK the 6 x 60’ programme received its second season commission before the first had even premiered. The first episode of series one launched with a seven-day cumulative audience of 1.65 million, making it Sky’s biggest original comedy series launch since 2012.

Brassic will now air on CBC in Canada, ABC in Australia, Rialto in New Zealand, Canal+ in France and Comunidad Film in Spain, with several more major territories sales likely to close in the coming months. The sales were made by ITV Studios Global Entertainment.

Commenting on the deals, Brocklehurst said: "The incredible UK success of Brassic proves there is a desire right now for big hearted comedy drama that speaks of friendship, community and love. The themes are universal, and I'm thrilled the show is being seen far and wide.”

David Livingstone, Brassic executive producer and CEO of Calamity Films, added: “It’s so thrilling to be getting this passionate viewership for Brassic in the UK. For it to continue into the International marketplace in this way is amazing. With Danny’s brilliant writing and Joe Gilgun’s passionate ideas I am sure this will connect with everyone Internationally in exactly the same way it has at home. Go Brassic.”