ITV Studios to take minority stake in South Shore | Major Businesses | Business
By continuing to use this site you consent to the use of cookies on your device as described in our privacy policy unless you have disabled them. You can change your cookie settings at any time but parts of our site will not function correctly without them. [Close]

Melanie Leach, CEO and Andrew MacKenzie, CCO, respectively of British television and digital media group Twofour have confirmed that they are in the concluding phase of talks that will see ITV Studios take a minority stake in their new company, South Shore. 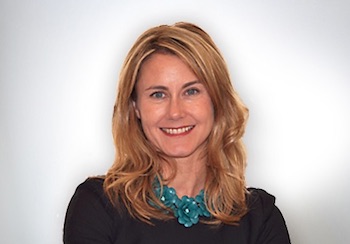 Acquired in 2015 by ITV Studios, Twofour has a regional base in Plymouth and a base in Cardiff. Leach and MacKenzie’s partnership at Twofour has led to hits including the Emmy award winning Educating series, The Jump and Sink or Swim on Channel 4; ITV’s This Time Next Year and Ibiza Weekender, Channel 5’s longest running show Hotel Inspector and the BBC’s The Real Marigold Hotel.

South Shore’s output will span documentary, popular factual and entertainment. The exact date of launch for the company will be confirmed with Leach (pictured) and MacKenzie remaining at the helm of Twofour until then.

“We’ve enjoyed every moment of growing Twofour into the brilliant brand that it is today,” Leach and MacKenzie said in a joint statement .”Now feels like the natural point to hand the company onto a new team and we’re leaving it in great hands. We’re very excited to be working with Julian and ITV Studios again as we embark on our next adventure.”

Strengthening its global scripted production base has proved to be a money spinner for the ITV Studios. Commenting on the new move, managing director Julian Bellamy remarked: ”Mel and Andy have been the driving force behind Twofour’s huge success over the last few years and have been behind an array of brilliant shows from the Educating series to The Real Marigold Hotel. They’re a truly formidable creative partnership and leave the company in rude health with a great senior team in place, and I am looking forward to their next chapter and the immense potential of South Shore."

MultiStory Media managing director Tim Carter, will take on a newly created role which will place him at the helm of Twofour and MultiStory. Both labels will retain their separate identities and existing teams. Carter will work with Twofour’s senior creative team. Commenting on the move he said: “Over the past decade, Twofour has created some of the landmark moments in British television. It’s synonymous with creative derring-do and I can’t wait to launch its next chapter with the talented people there.”