DRG develops deals down under | Deals | News | Rapid TV News
By continuing to use this site you consent to the use of cookies on your device as described in our privacy policy unless you have disabled them. You can change your cookie settings at any time but parts of our site will not function correctly without them. [Close]

DRG develops deals down under

NENT-owned producer, originator DRG has announced a number of new deals with broadcasters in Australia and New Zealand, including early sales for some of its MIPCOM launch titles. 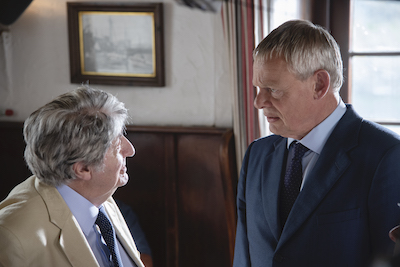 Also in Australia, Foxtel has acquired three WildBear Entertainment history titles launching in Cannes; Titans of the 20th Century (6 x 60’), Jungle War (4 x 60’) and A Royal Tour of the 20th Century (4 x 60’), in addition to Dynasties: The Families that Changed the World (4 x 60’), from the same producer. Foxtel has also acquired true-crime series Detectives: My Killer Case (4 x 60’). Finally in Oz, Channel Seven has taken series six and seven (20 x 60’) of The Yorkshire Vet from Daisybeck Studios and Motion Content Group.

Across the Tasman Sea, Sky New Zealand has acquired The Art of Architecture (10 x 60’) and Auction 11 (5 x 30’), both produced by Colonial Pictures and new launches from DRG’s arts slate for MIPCOM. In addition, a deal has been concluded for other recent arts titles; Handmade in the Pacific (4 x 60’), Oceans Apart: Art and the Pacific (3 x 60’) and War of Art (1 x 60’). Sky New Zealand has also acquired Lazy Boy Garage (10 x 30’) and series seven and eight of Inside the Ambulance (20 x 60’), adding to the six seasons it has previously licensed. Remarkable Places to Eat (4 x 60) has been picked up by TVNZ, while Viacom’s Comedy Central channel in New Zealand has also acquired series five of Plebs.

“DRG has always had an excellent relationship with broadcasters and platforms in Australia and New Zealand,” said Jess Khanom, DRG’s SVP of sales for Asia Pacific. “I am delighted that so many of our new scripted and unscripted titles for MIPCOM, as well as recently launched shows, are proving of interest and finding good homes across the two territories.”