Medi1 TV inks multi-territory deal for Prime Hollywood News Feed | Deals | News | Rapid TV News
By continuing to use this site you consent to the use of cookies on your device as described in our privacy policy unless you have disabled them. You can change your cookie settings at any time but parts of our site will not function correctly without them. [Close]

Producer and distributor Prime Entertainment Group has announced what it calls a major deal with Moroccan TV station Medi1 TV for a new season of its magazine programme Hollywood News Feed. 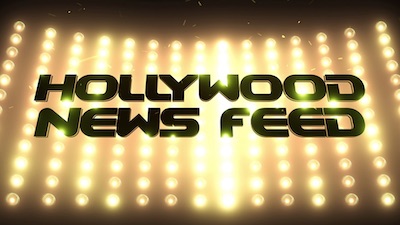 Medi1 TV is a Moroccan and Arabic channel airing on free in Morocco, North Africa and South Europe. Since it was launched in 2006 as a news channel the station has widespread its programming to reach 7.5% market share airing new quality shows such as magazines, debate shows, news and documentaries. Earlier this year Prime and Medi1 TV shook hands on a major package for the Prime series Zoom In.

The 52x15’ per year show is a weekly magazine programme about the hottest news in Hollywood. Every episode features the latest celebrity interviews,
breaking news scandals and the best red carpets of the moment. The show has already been taken up by TV stations including ABS-CBN, OTE, beIN, Canal Hollywood and American Forces Network.

“It’s a great satisfaction for us to renew our collaboration with Medi1 TV again,” said Prime Entertainment’s head of sales Alexandra Marguerite. “They have been great partners since we’ve started working together on 2016 with our celebrity related content and we are very proud that our high-quality programmes work so well on their channel.”