Over 1BN take pay-TV subscription | Media Analysis | Business | News | Rapid TV News
By continuing to use this site you consent to the use of cookies on your device as described in our privacy policy unless you have disabled them. You can change your cookie settings at any time but parts of our site will not function correctly without them. [Close]

A study from Digital TV Research across 138 countries calculates that pay-TV subscriber numbers increased by 26 million in 2018 taking the total universe to over a billion. 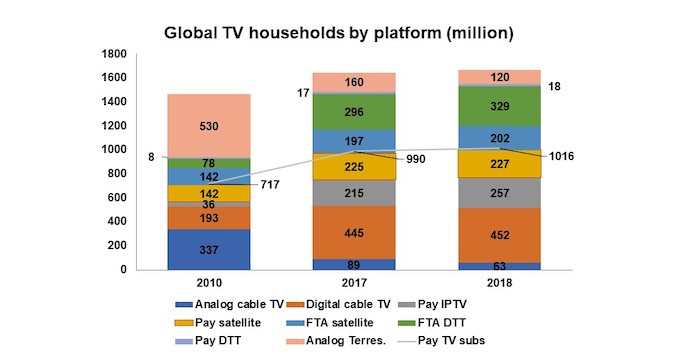 Looking at absolute numbers, IPTV services added 42 million subscribers in 2018 to take its total to 257 million. As it did so, the platform overtook pay satellite TV.