60MN US TV homes to access video exclusively through streaming by 2024 | Media Analysis | Business | News | Rapid TV News
By continuing to use this site you consent to the use of cookies on your device as described in our privacy policy unless you have disabled them. You can change your cookie settings at any time but parts of our site will not function correctly without them. [Close]

Seeking value and choice, mainstream viewers in the US are moving to streaming faster than ever before and if this pace continues, says a study from Roku, streamers will surpass traditional pay-TV viewers by 2024. 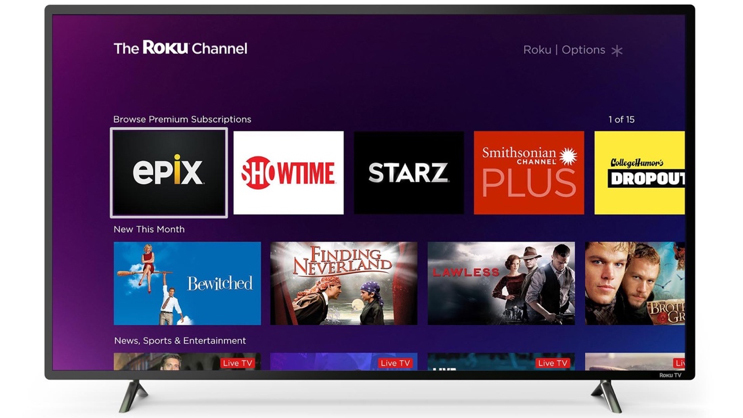 Roku’s 2019 The New Generation of Cord Cutters study was based on participation from 7,000 US adults aged 18 and over, and 12,000 Roku account-holding US adults age 18 and over. It calculates that two million Americans have cut the cord so far in 2019, moving from traditional pay-TV via either cable or satellite television subscriptions. It adds that 3.5 million people gave up traditional pay-TV video subscriptions in 2018 and Roku predicted that approximately 60 million TV households will access video on their TV exclusively through streaming within the next five years.

The study also showed that 82% of all cord-cutters who participated in the study were extremely satisfied with their decision to cut the cord while 92% of Roku customers shared the same sentiment.

The Roku cord-cutting study pointed to five factors that are driving the acceleration of cord cutting including: virtual multichannel video programming distributors (vMVPDs) offer a bridge for consumers who want to cut the cord but don’t want to miss out on network and live TV programming that traditional pay-TV services offer; An abundance of high-quality content is available through streaming; the ability to watch ad-supported video-on-demand (AVOD); the increased convenience of streaming; cable and satellite companies devoting less effort to trying to retain low-margin video subscribers.

“This report shows there is a huge, new generation of streamers who enjoy live and free TV and are extremely satisfied with the decision to watch TV without cable or satellite,” said Roku chief marketing officer Matthew Anderson. “Half of Roku’s US customers don’t have traditional cable and satellite subscriptions and they enjoy the value, ease and breadth of content we offer them. The New Generation of Cord Cutters study shows that the shift to streaming is more popular and growing faster than ever before.”