MBC unveils new channel for North Africa | Broadcast | News | Rapid TV News
By continuing to use this site you consent to the use of cookies on your device as described in our privacy policy unless you have disabled them. You can change your cookie settings at any time but parts of our site will not function correctly without them. [Close]

Saudi-backed media group MBC is set to launch a new free-to-air satellite TV channel for its viewers in the Maghreb on 21 September. 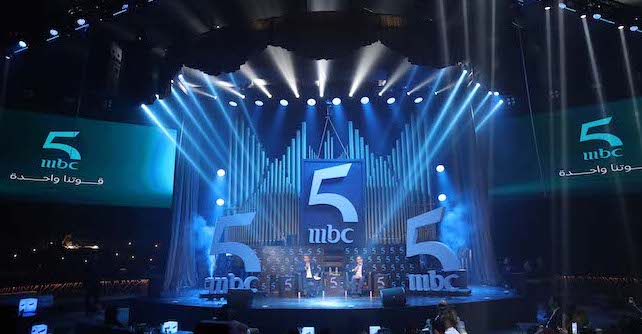 The addition of the new channel is in line with the company’s five-year growth plan “to provide first-rate content tailored to audiences around the world” MBC said in a statement.

MBC promises the family entertainment channel, MBC5 (referred to MBC Cinq in French), will be faithful to and enrich North Africa’s cultural and historical heritage. It also aims to increase local content production, and so contribute to the promotion and expansion of the industry.

In a statement, MBC said “the launch of MBC5 is expected to benefit the target countries’ economic development and employment, through new investments in the region’s media sector, as well as the creation of new jobs, especially for first-time employees/the youth market”.

The channel’s launch, on the evening of 21 September, will be marked by the exclusive broadcast of the first episode of popular talent show The Voice  Season 5.

Light entertainment show Khali Balak Men Fifi, presented by Fifi Abdo and Zineb Obaid, will bring together a host of Moroccan and Arab celebrities, while Cheb Khaled will front variety show Khaled w Ahbabo. Another entertainment programme, Jalassat Maa Najat will be presented by Moroccan signer Najat Aatabou.
Other highlights include Strike Ma3 Hamza Filali, presented by the Moroccan stand-up comedian and actor Hamza Filali, and Masrah El Maghreb (Theatre of Maghreb), broadcast from Casablanca, with weekly live performances that will continue until next Ramadan.

MBC has been broadcasting across the Middle East and North Africa (MENA) since 1991, however this is its first targeted Maghreb channel.