Isolani, Full Time and MKS secure rights to Maxime Chattam’s Prédateurs | Deals | News | Rapid TV News
By continuing to use this site you consent to the use of cookies on your device as described in our privacy policy unless you have disabled them. You can change your cookie settings at any time but parts of our site will not function correctly without them. [Close] 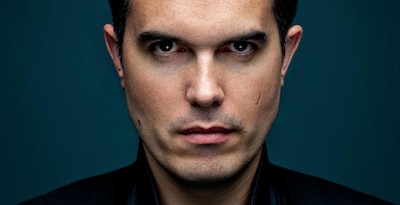 The three partners have gone into development on an 8 x 45 mins drama series based on Prédateurs, the first novel in the blockbusting La Trilogie Du Mal.

The new adaptation is based in a near future when the world is on the brink of war due to climatic changes and violent migration policies. The storyline centres on a military police inquiry, led by Lieutenant Frewin, into a series of savage killings during operations. But the young soldiers whose bodies are found hideously mutilated have not been killed by the enemy. Frewin is convinced that only a psychopath — a monster of cunning and sadism — could have perpetrated such evil.

French script giants Charlot and Magnier have signed on to write the series. Commenting on the commission ins a joint statement, the two said: “This opportunity to adapt Maxime Chattam’s work is a fantastic challenge that brings us back to our first love genre...Maxime’s complex and documented universe is absolutely thrilling to dive into and we are very excited to adapt Prédateurs and to create a bridge with another one of Maxime’s books, La Théorie Gaïa.”

Prédateurs represents the first time award-winning thriller writer and criminologist Chattam’s work has been re-imagined as a full-length TV series. Maxime Chattam (pictured) added: “Charlot and Magnier’s take to set the action of Prédateurs in a dystopic future allows the narrative to explore contemporary issues and modernises the story. Their adaptation is super-efficient and has a very specific tone that I particularly enjoy.